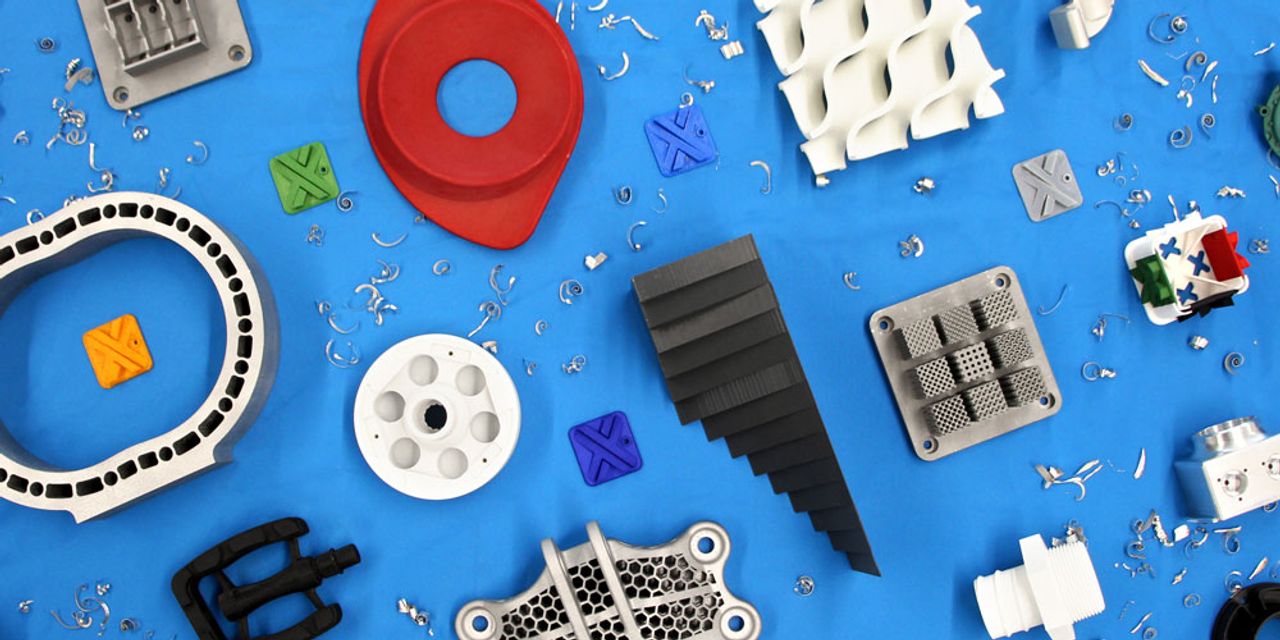 Shares of Xometry, which is looking to digitize on-demand manufacturing, nearly doubled in the company’s market debut. Xometry (ticker: XMTR) stock opened at $68 and closed at $87.39, up nearly 99% from the offer price.  Founded in 2013, Xometry provides an AI-enabled marketplace for on-demand manufacturing. The company seeks to connect buyers, which include engineers

Shares of Xometry, which is looking to digitize on-demand manufacturing, nearly doubled in the company’s market debut.

Founded in 2013, Xometry provides an AI-enabled marketplace for on-demand manufacturing. The company seeks to connect buyers, which include engineers and procurement executives from aerospace, defense, robotics, and automotive firms, with 200,000 small manufacturers, said co-founder and CEO Randy Altschuler.

“The industry hasn’t been digitized,” Altschuler told Barron’s. “The long tail of the internet has not yet touched manufacturing and these small manufacturers.”

Xometry has created an algorithm to help with pricing. In manufacturing, pricing can be difficult and time consuming since many of the items are custom made, Altschuler said. Xometry’s algorithm helps produce a price for the buyer and seller, which creates an ecommerce-like experience for the parties, he said.

Since its founding, Xometry has connected about 43,000 buyers to about 5000 sellers, which provide everything from sheet-metal manufacturing and 3D printing to die casting and injection molding, a prospectus said. Altschuler estimated that the total addressable market is $260 billion.

Xometry has raised $150 million in funding before to the IPO. It opted for an IPO because it wanted to access capital in the public markets, he said. The company plans to “grow and expand and become a massive brand. We think that’s much easier to accomplish as a public company versus a private one,” Altschuler said.

SentinelOne (S), which provides an AI-powered cybersecurity platform, also opened for trading. The stock kicked off at $46 and ended at $42.50, up 21% from the offer price. The company raised $1.2 billion on Tuesday after selling 35 million shares at $35.

SentinelOne’s platform collects and analyzes data in real time to find anomalies and reveal malicious or bad actors, said CEO Tomer Weingarten. “We basically try to make the world safer. We protect customers from all attacks,” he said.

Cybersecurity hacks have become more common. SentinelOne said its software kept its more than 4,700 customers safe during the supply-chain attack known as SolarWinds Sunburst, which affected thousands of businesses as well as major U.S. government agencies.

“Our customers are not being hacked. Though there are many ransomware attacks, we are able to completely immunize them from ransomware,” Weingarten said.

The market is undergoing a shift from incumbent vendors, like McAfee (MCFE) and

that still hold a 50% share to next-generation vendors like CrowdStrike (CRWD) and SentinelOne, Weingarten said. SentinelOne plans to use proceeds from the IPO to invest in sales and marketing, as well as looking for acquisitions, he said.

(IAS) also began its life as a public company on Wednesday. The stock rose 14% from its offer price to close at $20.58.

Integral Ad Science collected $270 million after selling 15 million shares at $18 each, above its $15-to-$17 range. Integral is a digital advertising verification company. It provides technology that ensures an ad was “viewed by a human and not a bot. That a Coke ad ran adjacent to suitable content,” said CEO
Lisa Utzschneider.

The company has over 2000 customers, many of which are advertisers, including many Fortune 500 brands like

(VZ), she said. Integral plans to use some of the IPO proceeds to pay down debt, which stood at $351.8 million as of March 31, the prospectus said. “We are absolutely on the path to profitability and very focused on growing our business,” Utzschneider told Barron’s.

Utzschneider, who rang the closing bell at the Nasdaq, is also one of the few female CEOs to lead a company to the public markets. “I’d like to give a shout out to all the female CEOs before me who have paved the way and taken their companies public. I’m looking forward to paying it forward to future CEOs,” she said.

Intapp (INTA), which raised $273 million after selling 10.5 million shares at $26, also opened for trading on Wednesday. The stock rose nearly 8% from its offer price to close at $28.

Intapp’s cloud-based software platform helps large professional and financial services firms manage the deals they’re advising on, CEO John Hall said. The company has about 1,600 customers including 96 of the top U.S. law firms, as well as many private equity firms like the Carlyle Group (CG) and Riverside Co.

The surge of companies seeking IPOs this year is good for Intapp, Hall said. “We’re excited about the number of companies going public, because our clients support and manage all of those IPOs as well as other M&A deals,” Hall told Barron’s. “We’re benefiting from a strong deal economy.”

Intapp has never received venture capital funding, Hall said. The company, however,  is backed by investment firms Temasek Holdings and Great Hill Partners, which acquired stakes when some of Intapp’s original founders sold their shares.

Temasek and Great Hill have provided funding, Hall said, and are buying a combined $60 million worth of Intapp shares at the IPO price. Temasek will own 34% of Intapp after the IPO, while Great Hill will have 30%, the prospectus said. “We’re grateful for their support,” he said.