Why Warren Buffett wants you to refinance your mortgage now 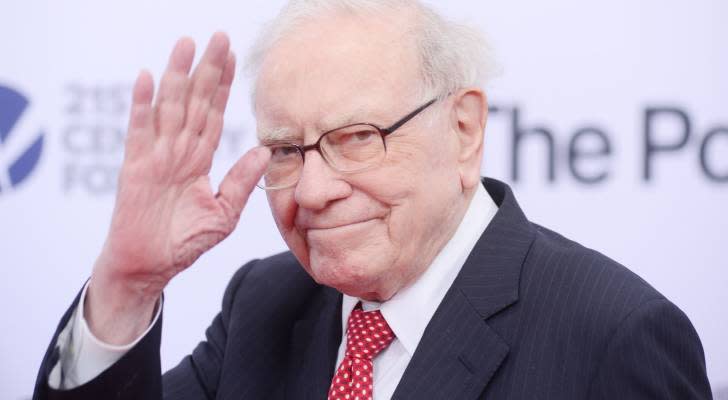 Why Warren Buffett wants you to refinance your mortgage now With 30-year fixed mortgage rates hovering around 3%, homeowners who haven’t refinanced loans in the past year or two might be missing out on big savings. Ninety-year-old investing sage Warren Buffett would wonder what you’re waiting for. He told attendees at Berkshire Hathaway company’s May


With 30-year fixed mortgage rates hovering around 3%, homeowners who haven’t refinanced loans in the past year or two might be missing out on big savings.

He told attendees at Berkshire Hathaway company’s May annual meeting in Los Angeles that 2021 holds great opportunities for borrowers, thanks to the Federal Reserve’s commitment to keeping its key interest rate near zero.

“The economy went off a cliff in March [2020],” Buffett said. “It was resurrected in an extraordinarily effective way by Federal Reserve actions.”

Mortgage rates have fluctuated this year, but they’re still low enough that you could save hundreds of dollars a month by refinancing your mortgage.

Use Buffett as your role model

To shore up the economy during the coronavirus crisis’ onset, the Federal Reserve last year slashed a key interest rate nearly to zero. More recently, Fed officials signaled they’ll keep rates at next to nothing until 2023.

While Buffett hasn’t figured out a way to borrow at 0% interest (at least not yet) his Berkshire Hathaway holding company did come close last year as it benefited from the Fed’s low-rate environment.

In April 2020, Berkshire said that through a bond offering priced in Japanese yen, it was taking on the equivalent of over $1.8 billion in debt — at rates ranging from 2% to a mere 0.674%.

During a 2017 CNBC interview, Buffett called the 30-year mortgage “the best instrument in the world” — because of your ability to refinance when you find a lower rate.

“If you’re wrong and rates go to 2%, which I don’t think they will, you pay it off,” he said at the time. “It’s a one-way renegotiation. It is an incredibly attractive instrument for the homeowner and you’ve got a one-way bet.”

And remember, Buffett knows a few things about the housing market. Aside from his company’s investments in energy, insurance and telecom, Berkshire also owns HomeServices of America, the largest residential real estate brokerage in the U.S., according to RealTrends.

Many households have been seizing on the low home-loan rates. In late January, Americans were applying for refinance mortgages at the strongest clip since last March, though that pace has been slowing, according to the Mortgage Bankers Association.

At current rates, an estimated 14.1 million homeowners are sitting on loans they could refinance to cut their monthly costs by an average $287, the mortgage technology and data provider Black Knight recently reported.

You could use your savings to invest — maybe with the help of a popular app that lets you grow your portfolio using just “spare change.”

When Buffett says it’s a good time to borrow money, maybe it’s time for you to cut down the cost of your mortgage.