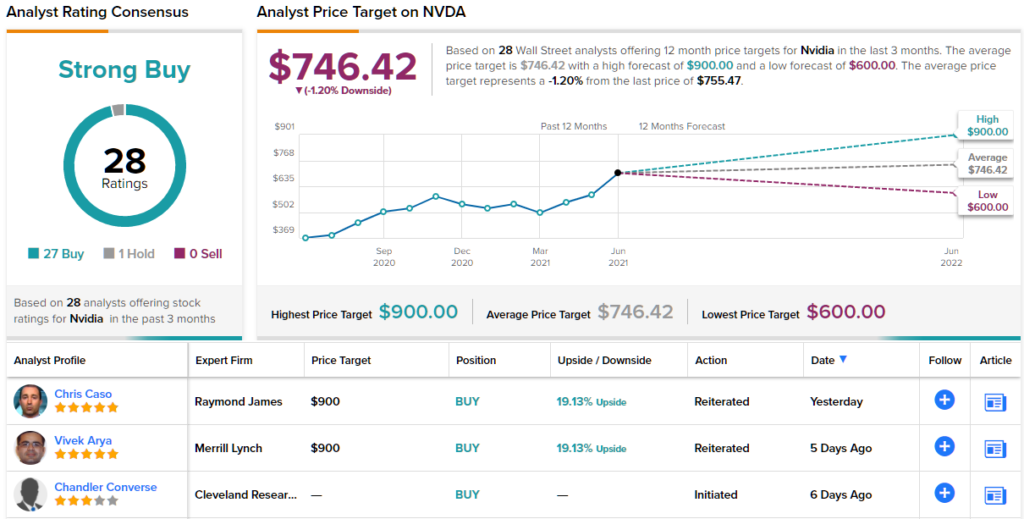 Last year, when Nvidia (NVDA) announced it intended to acquire UK chip designer ARM for $40 billion, it set up the prospect of the chip giant becoming, well, even bigger. The addition of ARM’s semiconductor IP portfolio should add another arrow to the quiver, especially when considering ARM’s large exposure to the mobile device market.


Last year, when Nvidia (NVDA) announced it intended to acquire UK chip designer ARM for $40 billion, it set up the prospect of the chip giant becoming, well, even bigger. The addition of ARM’s semiconductor IP portfolio should add another arrow to the quiver, especially when considering ARM’s large exposure to the mobile device market.

Since the deal still needs to be approved by the U.S., UK., European and Chinese regulators, it is uncertain whether the acquisition will eventually go through. In fact, Evercore’s C.J. Muse thinks investors have a downbeat view regarding the deal’s prospects.

“We continue to think the market views the probability of a merger here as very low, which means there is very little of the benefit from ARM embedded in NVDA’s shares,” the 5-star analyst said. “Thus, we continue to view a successful completion of the ARM transaction as a free call option to investors.”

It’s not only Muse who is trying to convince investors they will benefit from the merger. Nvidia has been on the front foot trying to explain why an Nvidia/Arm pairing would ultimately benefit ARM’s customers and investors, alike.

Muse laid out the pitch, explaining that as a data-oriented economy becomes more prevalent across the globe, increasingly sophisticated frameworks are continuing to sprout. And with each passing day, as the number of end applications gets pushed further ahead by this continuous innovation, it is “becoming more difficult for ARM to address these growth vectors on its own.”

“That is why it needs NVDA,” says Muse “Who can offer a resource-rich platform of GPU/DPU hardware and an accelerated software stack – a great complementary to ARM’s world class portfolio of CPU IP.”

What’s more, the cost of this technological innovation can be reduced, by ARM customers being able to leverage NVDA’s pre-built platform to “invest R&D dollars in more specialized tasks.”

As for the regulatory hurdles, Muse says Nvidia remains upbeat on gaining approval from all geographies, “in particular, the UK and China.”

As such, Nvidia remains a “top pick” for Muse, who has an Outperform (i.e. Buy) rating for the shares and a $750 price target. Muse might be an Nvidia bull, but his current price target implies shares will remain range-bound for the time being. (To watch Muse’ track record, click here)

It’s a similar story when looking at the rest of the Street’s Nvidia reviews. The analysts’ average price target is $740, indicating minimal downside for the shares over the next 12-months. However, somewhat confusingly, rating wise, almost all are positive. Barring one Hold, the stock’s Strong Buy consensus rating is based on 27 Buys. It will be interesting to see whether the analysts downgrade their ratings or upgrade price targets over the coming months. (See Nvidia stock analysis on TipRanks)

Disclaimer: The opinions expressed in this article are solely those of the featured analyst. The content is intended to be used for informational purposes only. It is very important to do your own analysis before making any investment.