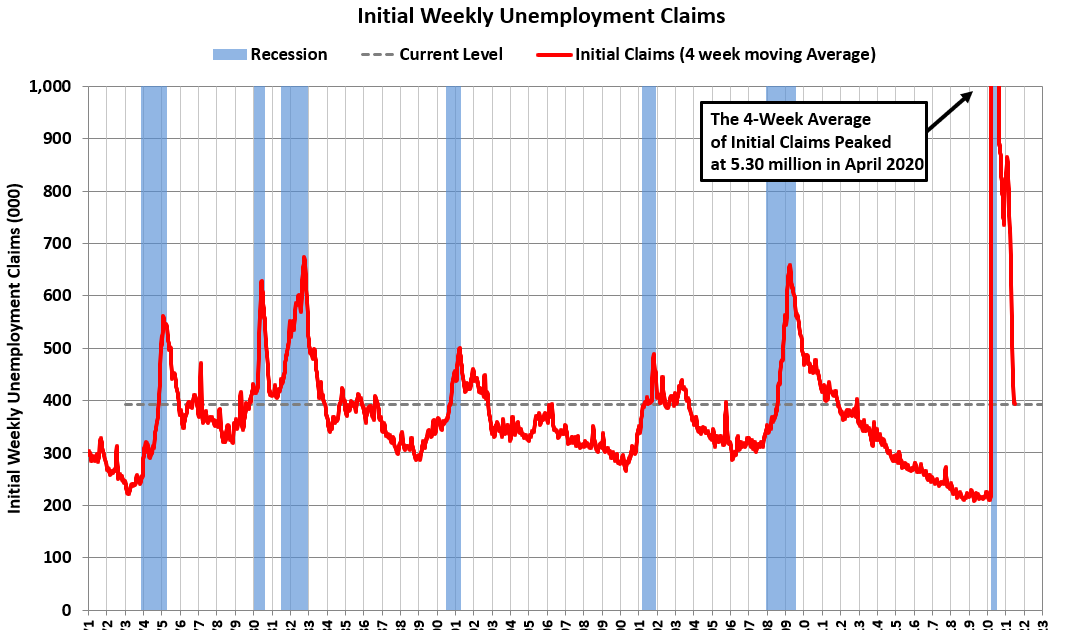 This does not include the 115,267 initial claims for Pandemic Unemployment Assistance (PUA) that was up from 111,778 the previous week.

Weekly claims were lower than the consensus forecast.