Walmart’s Earnings Were Spectacular. Why the Stock Didn’t Move. 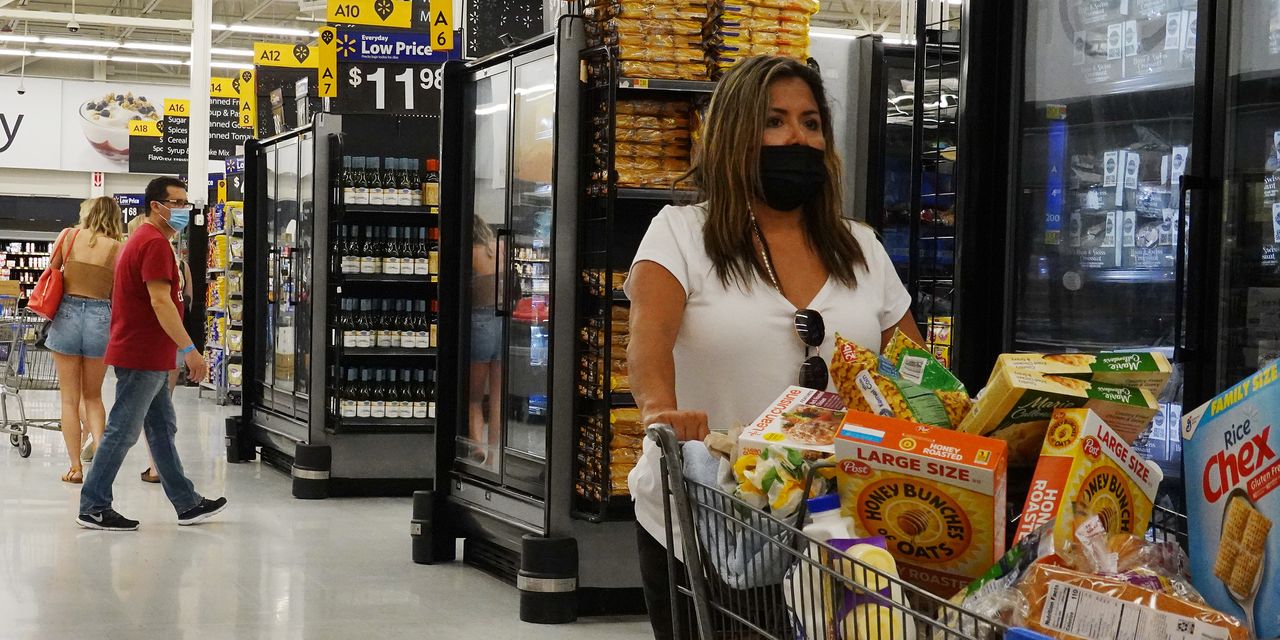 Text size Walmart stock closed the week at $151.45, roughly unchanged from where it had been before the earnings report. Joe Raedle/Getty Images What does Walmart have to do? The big-box retailer entered the week of its earnings release having gone almost nowhere this year, gaining just 5.8%, even as the S&P 500 had risen

The big-box retailer entered the week of its earnings release having gone almost nowhere this year, gaining just 5.8%, even as the

had risen 19%. Comparing it to other retailers is even worse.

But this looked to be Walmart’s (WMT) quarter. Its stock had gained 6.9% in the month before the earnings announcement, and R5 Capital analyst Scott Mushkin was so sure of the results that he upgraded the stock to Buy from Sell one day before the release.

He wasn’t necessarily wrong. Walmart’s earnings were spectacular. It reported an adjusted second-quarter profit of $1.78 a share, easily beating forecasts for $1.56, on sales of $141.05 billion, topping estimates for $136.88 billion. It offered full-year guidance of $6.20 to $6.35 a share, above the consensus for $6.02. Walmart said it’s taking share in groceries and that same-store sales rose every month during the quarter.

And yet it finished Tuesday, the day of the release, down slightly, and then fell 1.1% on Wednesday. It closed the week at $151.45, roughly unchanged from where it had been before the release—and still below its November all-time high of $152.79.

What makes it all the more painful is how well other retailers did this past week. Yes, some declined after their releases as their guidance failed to meet high expectations—we’re looking at you, Home Depot and Target—but others offered investors plenty of reason to buy their stocks.

(M) surged nearly 20% after its earnings amid signs that customers were returning to its stores, while

(LOW), meanwhile, jumped 9.6% after demonstrating that it had continued drawing a larger share of contractors and construction pros into the stores, one worry before the release.

The Walmart story is far less clean. There’s no one metric to look at for signs of progress, and even the good news is tempered with uncertainty. A good example is the rising cost of groceries. Normally, a little inflation is the fastest way for a grocer to grow its business, explains MKM analyst Bill Kirk. But there’s a catch. It has to be able to pass the rising costs on to consumers, and Walmart is trying to avoid doing that, Kirk says.

“With a less certain pricing environment (input inflation greater than ability to pass-through), Walmart is relying more heavily on volume to grow,” he writes.

Which leaves it right where it was before the release: looking for a catalyst to drive its stock higher. Better luck next quarter.