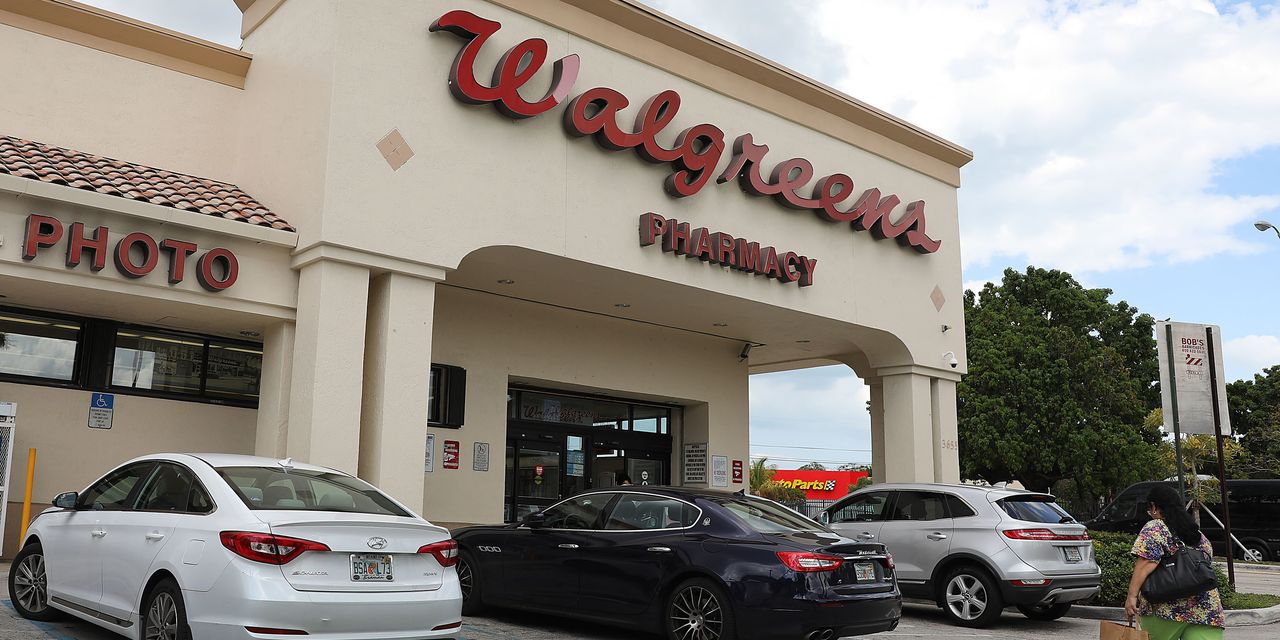 reported higher earnings than Wall Street expected and raised its financial forecast for the year, but it wasn’t enough to keep the stock in positive territory.

(ticker: WBA) shares were up 2.2% in the early premarket hours, before falling back for a loss of 6.7% as regular trading began. Shares are up about 23% so far this year.

The stock is making a spectacular comeback in 2021. Walgreens shares fell 32.4% last year, making it the second-worst performer in the

This year, it was the third best, behind

(AXP), as of the close of trading on Wednesday.

In its earnings report Thursday morning, the company said it now expects 10% growth in adjusted per-share earnings from continuing operations in 2021. That is up from its last earnings report, when it said it expected “mid-to-high single digit growth.”

In a note out early Thursday, Guggenheim analyst Glen Santangelo wrote that the results are in line with the easing of pandemic-era restrictions. “The company’s operations seem to be benefiting consistent with the reopening,” Santangelo wrote. “We believe the results are strong enough to support the shares today, but we appreciate investors are still looking to better understand how the new CEO’s long-term strategy may differ from previous management.”

The company attributed its improved earnings outlook in part to the Covid-19 vaccinations it is administering. “The revised guidance reflects strong results in the third quarter and greater clarity on the impact of COVID-19 vaccinations,” the company said.

In his note on the earnings report, Guggenheim’s Santangelo wrote that the company’s balance sheet is better than it was before it sold its Alliance Healthcare business to

(ABC), a $6.5 billion transaction that closed in June.

“Given the longterm structural challenges to the retail pharmacy business, we believe investors may take a wait and see approach on the stock until the strategy becomes more transparent,” Santangelo wrote.

Santangelo rates the stock a Buy. Of the 21 analysts tracked by FactSet who cover Walgreens, only two rate it Buy or Overweight, while 17 rate it a Hold and two rate it Sell or Underweight.