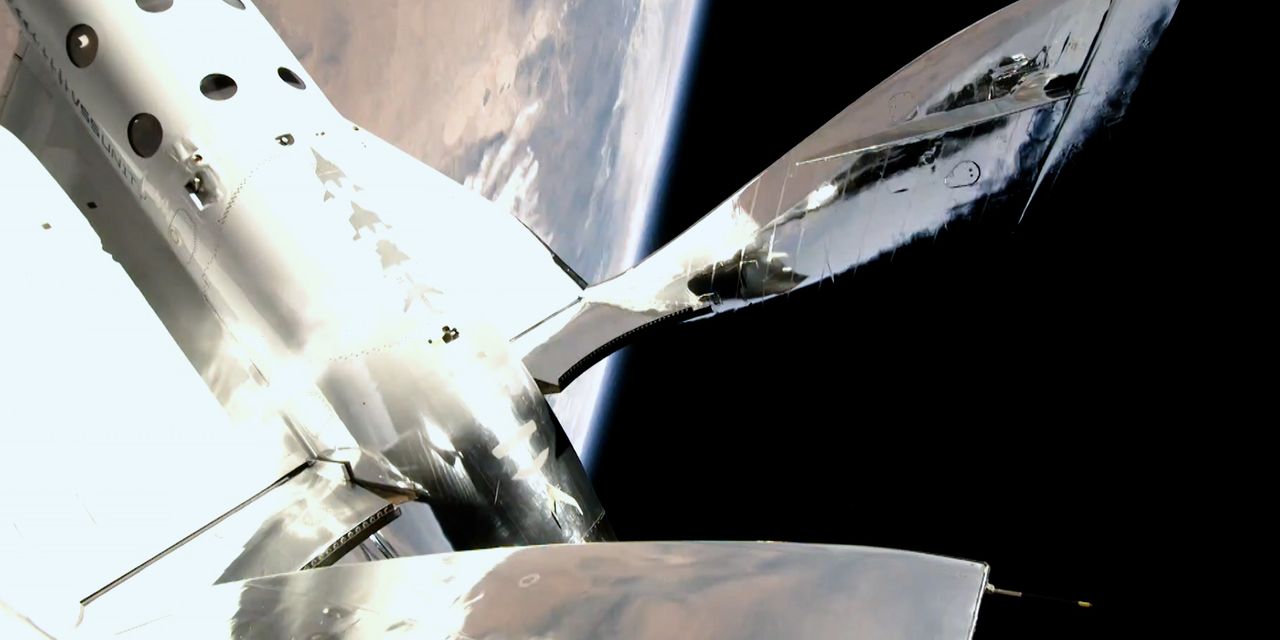 CEO Jeff Bezos, completed its first crewed flight. That might have weighed on Galactic shares Tuesday.

finished up 1.5% and 1.6%, respectively, rebounding after Covid-19 fears resulted in a steep Monday selloff.

Investors might not like competition in the space tourism race. Blue Origin, during the livestream of its flight, said that it was open for business and ready to take space reservations. Virgin Galactic has amassed a backlog of roughly 600 potential astronauts. That would work out to a couple of years of demand. Wall Street envisions only about 200 commercial flights for Galactic in 2022.

The price for Galactic’s initial flights is believed to be about $250,000 per seat. A Barron’s email requesting the price hasn’t been returned yet.

But competition may be less of a factor than the stock’s recent run-up.

Get a sneak preview of the top stories from the weekend’s Barron’s magazine. Friday evenings ET.

Galactic stock has been on fire lately—and what goes up eventually comes down. Investors were bidding up shares in anticipation of good news. Now that the good news of a successful Branson flight has passed, stock buyers have paused and are waiting for the next big announcement or event.

Another flight test—or the perhaps a date for the commencement of regular commercial operations—could qualify as a catalyst. Wall Street expects Galactic to start making regular flights around the end of this year. Canaccord analyst Ken Herbert told Barron’s recently he believes early 2022 is more likely.

Herbert rates Galactic stock a Buy and has a $48 price target. That’s up from $35 just before the July flight, when the stock was trading at almost $50.

It was tough for Herbert, and his analyst peers, to keep up. Galactic shares went from $15 to $50 over the course of about 2½ months starting in early May. That Icarus-like rise is as much a reason the stock fell Tuesday as the Blue Origin flight.

Galactic stock is still up about 38% year to date, better than comparable gains of the overall market. The path its taken to get there however, has likely resulted in motion sickness for shareholders.

The other reason shares have been weak is a stock sale announced after Galactic’s successful flight. Virgin Galactic said on July 12 it would raise up to $500 million by selling new shares. More shares dilute existing shareholders’ stakes. And more sellers than buyers—even if the seller is the company itself—always results in stock declines.