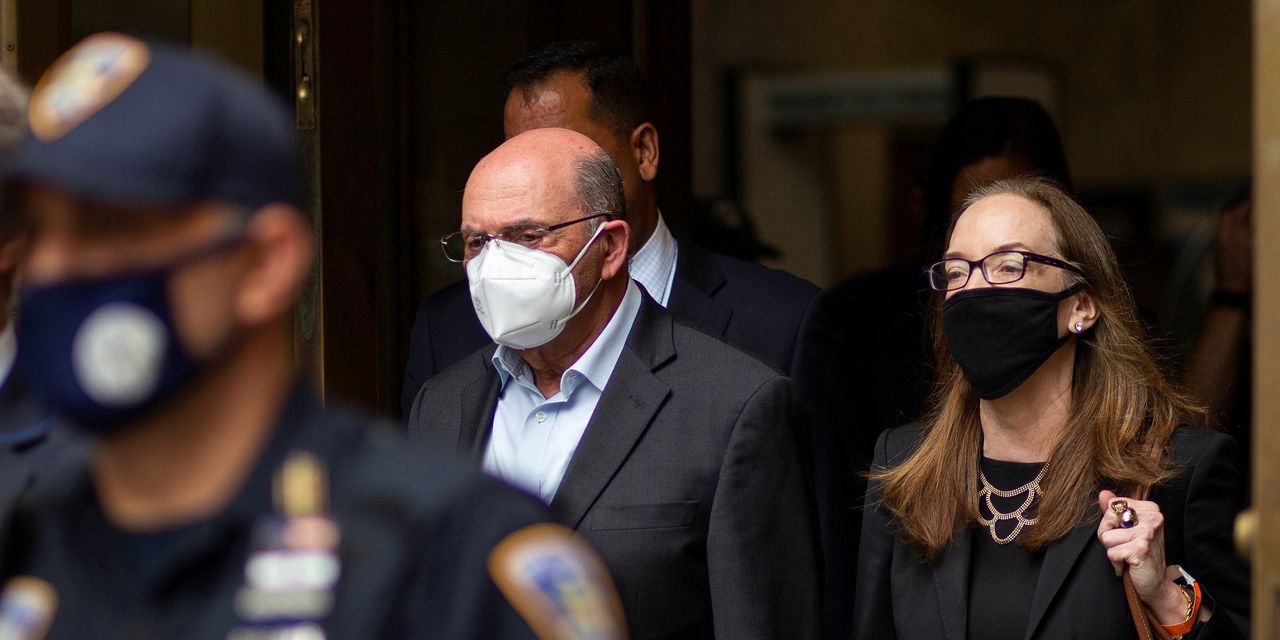 The Trump Organization has removed longtime finance chief Allen Weisselberg as an officer at some of its subsidiaries, after prosecutors accused him and the company of a 15-year tax-fraud scheme, according to public filings and people familiar with the matter. The removal of Mr. Weisselberg as an officer from multiple Trump Organization entities comes amid

The Trump Organization has removed longtime finance chief Allen Weisselberg as an officer at some of its subsidiaries, after prosecutors accused him and the company of a 15-year tax-fraud scheme, according to public filings and people familiar with the matter.

The removal of Mr. Weisselberg as an officer from multiple Trump Organization entities comes amid discussions of potential changes in the chief financial officer’s duties, responsibilities and possibly title at former President

company, people familiar with the matter said. Mr. Weisselberg, who has worked for the Trump family since 1973, is expected to remain at the company, the people said.

is now listed as president, director and chairman on those records.

Mr. Weisselberg was also terminated last week as a director at Trump International Golf Club Scotland Limited, a company tied to Mr. Trump’s Scotland golf course, according to a filing in Companies House, the U.K.’s registrar of companies.

Earlier this summer, a grand jury indicted the Trump Organization and Mr. Weisselberg on accusations that they ran a more than 15-year tax-fraud scheme involving off-the-books payments to company executives, including Mr. Weisselberg. The case, brought by the Manhattan district attorney’s office, which is working with the New York attorney general’s office, represents the first criminal charges to result from a multiyear investigation into Mr. Trump’s business affairs.

Mr. Weisselberg, the Trump Organization and Trump Payroll pleaded not guilty and plan to fight the charges, their lawyers have said. A Trump Organization spokeswoman didn’t respond to a request for comment about Eric Trump and Donald Trump Jr.’s positions at the subsidiaries.

In a statement after the arraignment earlier this month, Alan Futerfas, a lawyer for the company, called the case unprecedented and said compensation cases are typically resolved by civil tax authorities.

“In our view, this case was brought because the companies’ name is Trump,” he said. “This is not appropriate and is unjustified.”

“The CFO himself directed that company records be deleted to conceal his participation in this scheme, with the knowledge of the company,” Mr. Dunne said. “Yet he remains to this day the most senior financial fiduciary in the company.”

Keeping a CFO in place post-indictment generally isn’t realistic for companies, said Daniel Zelenko, a former federal prosecutor. “How are insurers and lenders going to rely on what the CFO tells them?” said Mr. Zelenko, a partner at law firm Crowell & Moring LLP. “It creates a lot of challenges for a company continuing to do business.”

Mr. Zelenko said it was possible that the Trump Organization, a private company, could reinstate Mr. Weisselberg if he were acquitted.

The Trump Organization made similar changes in Florida filings for other related companies, including DJT Holdings Managing Member LLC, a holding company, and DT Marks Jupiter LLC, an entity that appears to be tied to the company’s Jupiter, Fla., golf club. Filings for both entities show the annual reports were amended Friday to remove Mr. Weisselberg as vice president, treasurer and secretary. Both filings were electronically signed by Donald Trump Jr.

The charges against Mr. Weisselberg came after prosecutors for months sought his cooperation against his longtime boss, The Wall Street Journal has reported. After extensive discussions with the district attorney’s office that began in late May, Mr. Weisselberg’s lawyers informed prosecutors he wouldn’t cooperate, the Journal has previously reported.

The top charge Mr. Weisselberg faces, second-degree grand larceny, carries a maximum sentence of 15 years in prison if he is convicted, though most first-time white-collar offenders would serve significantly less time, and could get probation, former prosecutors said.

Mr. Weisselberg, 73 years old, served as an accountant and comptroller for the Trump Organization before becoming chief financial officer, according to the indictment. As CFO, he had authority over the company’s accounting, including its payroll administration, the indictment said.

He is a confidant of Mr. Trump, and in 2017, became a co-trustee charged with managing the then-president’s business assets.

—Rebecca Ballhaus contributed to this article.