Some Chinese Stocks Are Starting to Look Like Bargains. Where to Look. 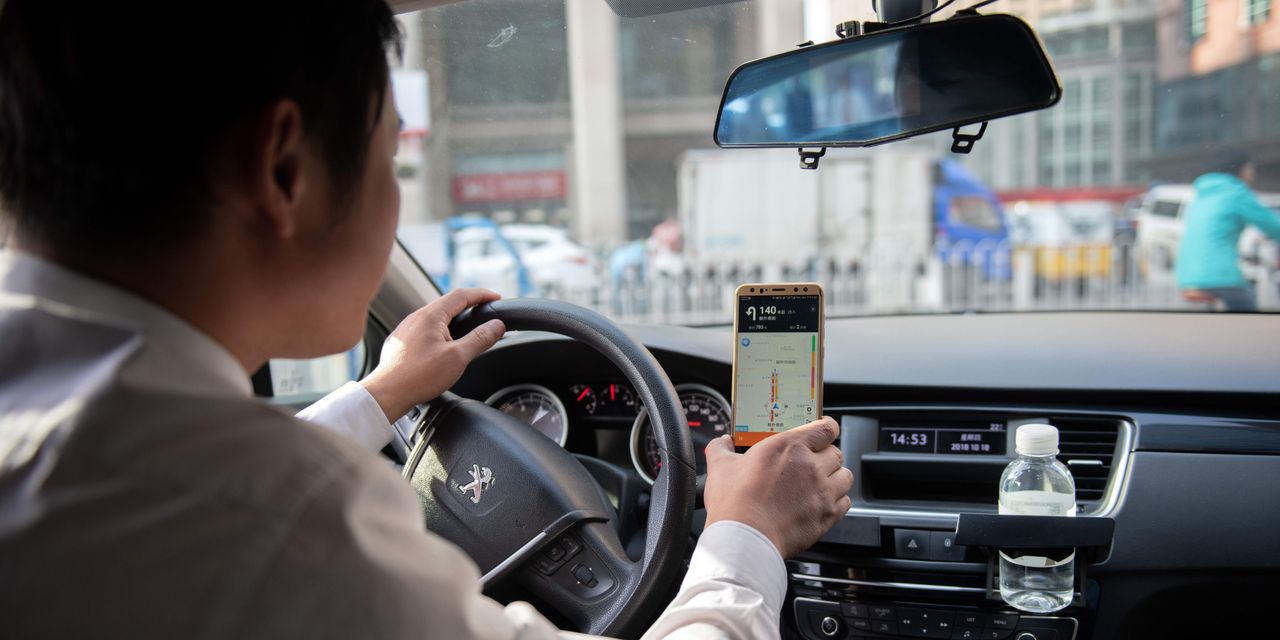 Investing in China is even trickier than usual these days, leading some to wonder if it’s worth the trouble. And it’s not likely to get easier in the near term, though volatility over the next couple of months could create bargains for long-term investors. Since scuttling the anticipated public offering of Ant Group last fall,

Investing in China is even trickier than usual these days, leading some to wonder if it’s worth the trouble. And it’s not likely to get easier in the near term, though volatility over the next couple of months could create bargains for long-term investors.

Since scuttling the anticipated public offering of Ant Group last fall, Chinese regulators have been targeting the country’s biggest and most widely held internet companies. On July 2, Beijing struck again, launching a cybersecurity review of

(ticker: DIDI) and ordering its app to be pulled from mobile stores, as it tightened controls over data security and rules for companies listed overseas.

The move, just days after DiDi had raised $4.4 billion in the year’s biggest IPO, led the stock to lose a fifth of its value on July 6, and rattled other Chinese internet shares. The

exchange-traded fund (KWEB) has fallen 15% since June 30, as investors braced for more scrutiny of tech companies’ data practices and other regulatory moves.

“We now know this is a regulatory minefield, and those who expose themselves to the sector are taking on a lot of volatility,” says Arthur Kroeber, Gavekal Research’s head of research. “If your horizon is long term, this is going to be one of the growth stories of the next decade and you have to ride it out. But if you are more short term, you may say it’s too complicated and come back in a year when things have calmed down.”

The wave of regulatory measures has created the type of uncertainty that draws bargain hunters. Technology giants like

(BABA), whose shares are down 11% this year, are popping up on value managers’ radars. But caution is warranted, especially for investors in U.S.-listed shares of Chinese companies. Regulatory pressures could continue. “It’s probably just the start of the enforcement actions,” says Kenneth Zhou, a partner at law firm WilmerHale in Beijing.

Fund managers have described China’s regulatory drive as a move to gain better control and set up guardrails for fast-growing digital industries and internet titans. It’s also a way for Beijing to deal with escalating U.S.-China tensions, in part resulting from recent legislation in Washington that sets the stage for delisting Chinese companies if they don’t offer more auditing disclosures within three years.

One concern for China’s regulators: the valuable troves of data collected by Chinese tech companies listed in the U.S., creating a possible national security threat.

“Control of data is shaping up to be a major domestic and geopolitical issue, with direct equity market implications for firms operating on both sides of the Pacific,” Rory Green, head of China and Asia research at TS Lombard, said in a recent research note.

Beijing is trying to gain better control of Chinese companies, including those listed abroad. Many of the largest Chinese techs, like Alibaba,

(JD), are registered in the Cayman Islands and use a variable interest entity (VIE) structure, allowing them to get around Chinese restrictions on foreign ownership. Though largely ignored by investors, the complex structure is a gray area because, under it, foreigners don’t actually own a stake in a Chinese company. Instead, they must rely on China honoring contracts that tie them to the company.

For decades, China has largely turned a blind eye to the extralegal structure, but it’s paying more attention now. Bloomberg News reported this past week that Beijing is considering requiring companies that use this structure to seek its approval before listing elsewhere. Already-listed companies might have to seek approval for any secondary offerings.

Analysts and money managers say they don’t expect China to unravel the VIEs, which are used by the country’s largest and most successful companies and would take decades to undo. Many are also skeptical that the U.S. will follow through with its delisting threat.

But Beijing could use VIE scrutiny to exert increased control over companies and to push back against U.S. regulators’ calls for more disclosure. Indirectly, the scrutiny will likely bolster Beijing’s efforts to lure domestic companies back home—a drive that’s already led to secondary listings in Hong Kong for Alibaba,

Analysts also expect the heightened scrutiny to slow, if not halt, the number of Chinese companies coming public in the U.S. in the near term. It could also shrink the tally of U.S.-listed Chinese companies—more than 240 with over $2 trillion in combined market value—that appeal to do-it-yourself retail investors. Any of these unable to secure secondary listings in Hong Kong or China might go private, says Louis Lau, manager of the Brandes Emerging Markets Value fund.

U.S.-listed stocks could see volatility as a result. Increasingly, fund managers and institutional investors—Lau included—have been gravitating toward stocks listed in Hong Kong or mainland China whenever possible. For retail investors, the best way to access these foreign listings, as well as the more domestically oriented stocks that some fund managers favor, is through mutual or exchange-traded funds.

Money managers are better positioned to navigate some of the logistical complications created by U.S.-China tensions, such as the fallout from a recent executive order that banned U.S. investment in companies that Washington says has ties to China’s military complex. The S&P Dow Jones Indices and FTSE Russell decided this month to boot more than 20 Shanghai- and Shenzhen-listed concerns affected by the order.

Other companies could also be banned and face similar fallout, with Reuters reporting on July 9 that the Biden administration is considering adding more Chinese entities to the banned list over alleged human rights abuses in Xinjiang.

As investing in China gets more complicated, the case builds for investors to choose a fund manager who can navigate these complexities and invest locally. Failure to do so could be costly. The

ETF (CNYA) is up 3% over the past three months, while the

ETF (PGJ), which focuses on U.S.-listed Chinese companies, is down 14% in the same span.

“Regulation is here to stay. Investors will just have to get used to this,” says Tiffany Hsiao, a veteran China investor who is a portfolio manager on Artisan’s China Post-Venture strategy. “This is capitalism with Chinese characteristics. China is obviously still a Communist state. It embraces capitalism to drive innovation and improve productivity, but it’s important for companies that do very well to give back to society—and Chinese regulators will remind you of that.”

As a result, she says, investors must move beyond the widely held internet titans to find stocks that could benefit from the regulatory scrutiny that the giants face. Veteran investors are stressing selectivity, searching in local markets for companies that are outside the crossfire.

“A company can have great fundamentals and interesting opportunities, but get blindsided by government action, which is increasingly active,” says David Semple, manager of the

fund (GBFAX). “You need a higher degree of conviction than normal to be involved.”

Semple is gravitating toward companies he’s familiar with, in sectors that could get hit by regulation, but with less impact than investors think.

One example: China is targeting after-school course providers, as it tries to lower child-care costs and encourage families to have more children. Nonetheless, Semple sees opportunity in

(839.Hong Kong), which could make acquisitions as Beijing forces public universities to divest affiliated private ones.

Of the large internet stocks, Semple favors Tencent, the top position in his fund, over Alibaba, another holding. Alibaba faces more competitive pressures, Semple says, and Tencent has an advantage with its Weixin messaging and videogaming franchises, which provide a high-quality, relatively low-cost flow of users for its other businesses.

Many Chinese internet companies’ fundamentals are sound. However, complying with the stringent rules on collecting and safeguarding user data probably will reduce their profits from that area, says Xiaohua Xu, a senior analyst at Eastspring Investments.

Alibaba and other internet companies, including JD.com, are cheap enough to attract value investors. But volatility is likely, with investors recalibrating growth expectations as Beijing rolls out new rules, and reviews past deals. In addition, widely held U.S.-listed Chinese stocks, including Alibaba, could become proxies for investors’ China angst.

Despite the yellow flags, investors have reason to keep China in the mix. “If you are buying growth, the world has twin engines: the U.S. and China,” says Jason Hsu, chairman and chief investment officer of asset manager Rayliant Global Advisors and co-founder of Research Affiliates. But, he adds, the U.S. is more expensive. “And whenever there is risk—and the world sees China as risky, with this deepening that bias—that means opportunity.”