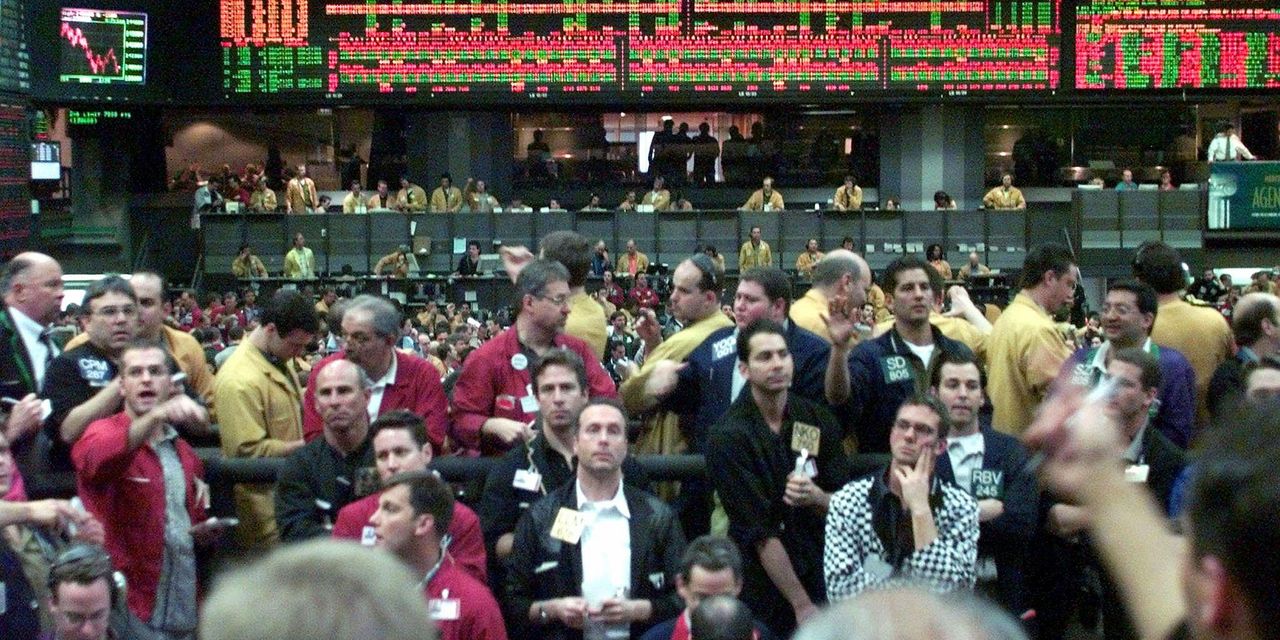 Nothing succeeds like excess, as the old quip goes. Until it doesn’t, which has been the distinguishing aspect of market cycles forever and, most dramatically, in this century. Unlike last year’s pandemic-induced paroxysm, the 2000 bursting of the dot-com bubble and the 2008 financial crisis were marked by initial public offerings by companies eager to

Nothing succeeds like excess, as the old quip goes. Until it doesn’t, which has been the distinguishing aspect of market cycles forever and, most dramatically, in this century. Unlike last year’s pandemic-induced paroxysm, the 2000 bursting of the dot-com bubble and the 2008 financial crisis were marked by initial public offerings by companies eager to seize the moment—and investors’ money.

All of which is prologue to what could shape up as this cycle’s bell-ringing event, the initial public offering of Robinhood, the online broker that pioneered zero commissions and hooked a new generation on investing and trading. The paperwork was filed with the SEC this past week. Financial details about the upstart that purports to democratize investing (and, in the process, was hit with a record $70 million fine by Finra, the brokerage business’s self-regulatory body) are discussed here, but a few salient points are buried deep in the S-1 filing.

Customer assets more than quadrupled, to $80.9 billion, on March 31 from the total a year earlier, with the lion’s share—some $65.1 billion—accounted for by equities. Options comprised a relatively small $2 billion in assets, but generated nearly half ($197.9 million) of the March quarter’s $420.4 million in transactions revenue. Stocks produced $133.3 million in revenue, even though assets in equities were 40 times as large as those in options. Revenue from cryptocurrencies totaled $87.6 million, with customers’ crypto assets totaling $11.6 billion.

While Robinhood makes much of opening the market to neophyte investors with limited means by letting them buy fractional shares of their favorite stocks, that’s not its biggest business. Instead, it’s speculative options trading, which exploded early this year especially among the YOLO (You Only Live Once) crowd willing to stake a few bucks on cheap, about-to-expire calls of stocks talked up on Reddit.

There are signs that the frenzied trading, which peaked during the winter, has eased with the reopening of the economy and the return to the prepandemic normal (and with it an uptick in Covid cases after a steady decline). Trading crypto might be simpler on a brokerage platform like Robinhood, but wasn’t the advantage of DeFi (decentralized finance) supposed to be that intermediaries wouldn’t be needed at all?

Bulls on Robinhood would be betting on continued growth of its independent trading model, rather than investors using passive funds through advisors, which the filing derides. The broker pledged to reserve up to 35% of its IPO for its customers, who are apt to be enthusiastic buyers and, more importantly, hold onto them with “diamond hands” through volatile times.

And, indeed, turbulence, or worse, could lie ahead, Michael Burry told our colleague Connor Smith. Burry, a key player in both the book and film versions of The Big Short, won a fortune by betting against the housing market before the subprime mortgage collapse. More recently, he was an early bull on

(ticker: GME), but took his profits in 2020’s fourth quarter before the frenzy around the original meme stock took off. Now he’s warning that the craze will end in tears.

“I don’t know when meme stocks such as this will crash, but we probably do not have to wait too long, as I believe the retail crowd is fully invested in this theme, and Wall Street has jumped on the coattails,” he told Connor in an email. “We’re running out of new money available to jump on the bandwagon.”

The Robinhood offering wouldn’t be the first stock sale that could be a top-of-the-market event. Back in mid-2007, Barron’s Andrew Bary called the IPO of

(BX) precisely that, just weeks before concerns about excesses of subprime lending rumbled through the global money markets and months before the

And who could forget the parade of wacky IPOs in the late 1990s that presaged the potential of the internet, but lacked earnings or revenue or even a viable business plan? By March 2000, Barron’s published its seminal cover story revealing that these dot-com darlings were rapidly burning cash. That very month marked the

While Burry warns of a crash in meme stocks from their vastly elevated levels, which some of the companies have exploited by issuing richly valued shares, the overall market—now trading at about 21.5 times estimated earnings for the next 12 months—hasn’t approached the bubble levels of past cycles. But surveys of market strategists and institutional investors see little upside, with year-end targets averaging around 4200 on the

And while it’s always dangerous to say this, it is different this time around from 2000 and 2008. Ahead of crashes in those years, the Federal Reserve had been tightening policy for some time, resulting in a flat-to-negatively sloped yield curve. Shorter-term Treasury yields were pushed above longer-term ones, leading the bond market to predict that the economy was headed for the rocks.

Now, in contrast, the Fed has only begun talking about talking about reducing its massive purchases of Treasury and agency mortgage-backed securities. That would be preparation for the initial liftoff of the Fed’s key federal-funds target rate, currently in a rock-bottom 0% to 0.25% range, in 2022 at the earliest and maybe not until 2023.

The yield curve has flattened a bit in the past three months, with the spread between the two- and 10-year note narrowing to 1.23 percentage points (still a sign of an accommodative policy), from 1.59 points on March 29, according to the St. Louis Fed.

But there is also a psychological element at play in any market frenzy. “Most investors also seem to view the stock market as a force of nature itself. They do not fully realize that they themselves, as a group, determine the level of the market,” Nobel laureate Robert Shiller wrote in his now-classic book Irrational Exuberance.

“In short, the price level is driven to a certain extent by a self-fulfilling prophecy, based on similar hunches held by a vast cross-section of large and small investors and reinforced by news media that are often content to ratify this investor-induced conventional wisdom.”

Readers can weigh the relevance of the point about traders’ hunches to the Robinhood IPO. As for the latter statement regarding the media, we demur; contrary opinion rather than conventional wisdom has been Barron’s credo in the century since its founding.