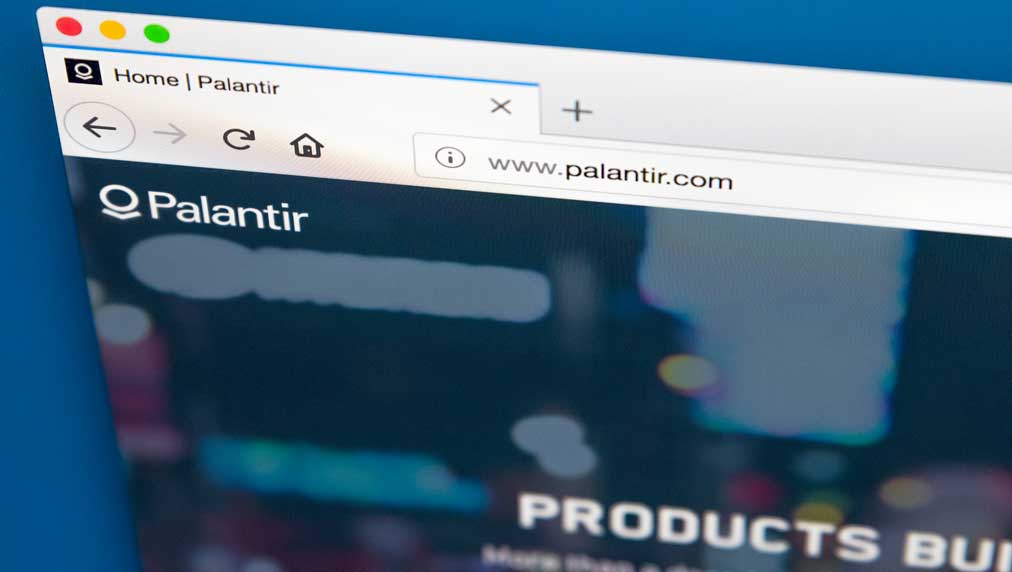 
The Denver-based software provider aims to grow its commercial customer base by expanding into the health care, energy and manufacturing sectors. Government agencies, the chief growth driver, use Palantir software for intelligence gathering, counterterrorism and military purposes.

On June 18, Palantir announced a new contract with the Federal Aviation Administration to provide data analytics tools for aircraft certification. The contract is valued at up to $18.4 million.

On May 28, Palantir said it was awarded a contract from the United States Special Operations Command (USSOCOM) valued at $111 million. Palantir will continue work with the agency’s enterprise data management and AI-enabled mission command platform.

Palantir’s technology allows USSOCOM to collaborate real time with allies. That gives commanders awareness of global situations, brings AI to the battlefield, and improves the ability to respond to near-peer threats.

Read on to find out what the fundamentals and technical analysis say about buying PLTR stock now.

Palantir was founded in the early 2000s by PayPal (PYPL) co-founder Peter Thiel, Nathan Gettings, Joe Lonsdale, Stephen Cohen and Alex Karp. The company name is derived from the palantiri, crystal ball-like “seeing stones” from The Lord of the Rings.

To speed up corporate adoption of artificial intelligence software, Palantir and IBM (IBM) announced a global partnership earlier this year. Under the deal, Palantir made its Foundry software available to IBM’s cloud computing customers. The Foundry platform is a centralized data operating system that lets users manage, filter and visualize large data sets.

A 56 Earnings Per Share Rating, part of the overall composite score, also lags. That could improve, however, as Palantir is expected to turn its first annual profit this year. Analysts expect EPS of 14 cents for 2020, followed by a 43% jump to 20 cents next year.

On May 11, the company notched its first quarterly profit of 4 cents per adjusted share on revenue of $341.2 million. Earnings met, while sales rose 49% year over year and topped views for $332.2 million.

Palantir’s software is used by government agencies in a wide range of applications — and the company sees plenty of room to expand further into the commercial sector.

“Where the government response to the pandemic has been efficacious, we are seeing a commercial tailwind,” Chief Operating Officer Shyam Sankar said on the earnings call. “In the U.S., in particular, we continue to generate exceptional results, where revenue grew 83% in the U.S. government and 72% in commercial. And we have a lot of headroom for growth in these markets.”

In a traditional IPO, companies create new shares, underwrite them and sell them to the public. A direct listing creates no new shares and sells only existing, outstanding shares with no underwriters involved.

Palantir stock quickly formed a four-week IPO base, which it cleared in late November. After a 191% run from the 11.52 buy point, the stock built an eight-week consolidation. A subsequent breakout yielded a 34% gain from the 33.60 entry, before shares began pulling back.

Palantir stock’s 88 Relative Strength Rating means it’s in the top 12% of all stocks. The relative strength line, which compares a stock’s performance to the S&P 500, has recently turned slightly lower. A move into new high ground at or ahead of a potential breakout would be a bullish sign.

A C Accumulation/Distribution Rating points to roughly even recent net buying vs. selling by mutual funds.

Recent IPO Palantir continues to post double-digit sales growth and is expected to turn its first annual profit this year. The software maker aims to expand its commercial business, since government agencies are the chief growth driver. It recently began accepting Bitcoin as payment and may invest in the cryptocurrency.

Palantir stock is more than 50% off its high and is trying to hold its 50-day moving average, according to MarketSmith chart analysis. It had been stuck below the line since mid-February. Seven up weeks helped it start the right side of a deep base, before a pullback earlier this month.

PLTR is not a buy right now.

But with Palantir scoring its first profitable quarter and the stock turning up, it’s a promising watchlist candidate. Also keep an eye on the overall market. The market is in a confirmed uptrend, which means it’s an opportune time to buy leading stocks at proper entries. Read The Big Picture for detailed daily market analysis.

Check out IBD Stock Lists and other IBD content to find dozens more of the best stocks to buy or watch.

See Stocks On The List Of Market Leaders With IBD Leaderboard