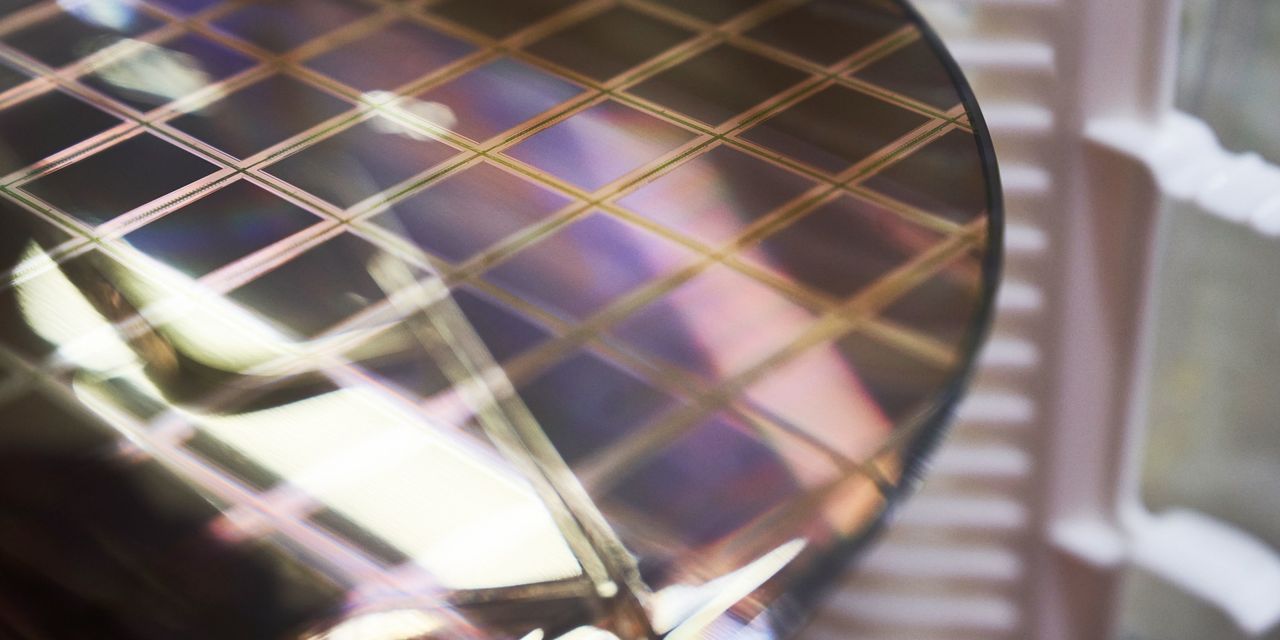 Amid an unprecedented global chip shortage, the wacky world of semiconductor mergers could be headed completely through the looking glass. The Wall Street Journal reported Thursday that chip giant Intel Corp. INTC, -1.26% is exploring a $30 billion deal to buy GlobalFoundries Inc., a contract semiconductor manufacturer owned by the investment arm of the Abu


Amid an unprecedented global chip shortage, the wacky world of semiconductor mergers could be headed completely through the looking glass.

is exploring a $30 billion deal to buy GlobalFoundries Inc., a contract semiconductor manufacturer owned by the investment arm of the Abu Dhabi government. The previous owner of GlobalFoundries: Intel’s biggest rival, Advanced Micro Devices Inc.
AMD,
,
which spun out the manufacturing arm in a 2009 deal and committed to buying $1.6 billion worth of chips from the manufacturer last May.

An Intel spokeswoman declined to comment, as did an AMD spokesman.

The two companies have a rivalry that goes back for decades in Silicon Valley, where AMD has mostly lived in the shadow of Intel as a licensed second source of Intel-compatible chips, rarely (if ever) becoming a serious competitive threat. Until now. Under the leadership of CEO Lisa Su and her team, AMD has gained share in both the PC and server markets, starting with its Zen architecture.

After years of poor manufacturing results, new Intel Chief Executive Pat Gelsinger has pushed to massively expand his company’s foundry business and make more chips for other semiconductor firms. GlobalFoundries would represent a jumpstart, but regulatory questions would abound.

Scrutiny is a normal course for the semiconductor world, where mergers have been getting stranger and slightly more desperate (and receiving governments’ attention) in recent years. Nvidia Corp.
NVDA,

got the ball rolling on the current crop by agreeing to purchase ARM Holdings from Softbank Group
9984,
,
setting itself up to license designs to some of its biggest rivals. In spite of some scrutiny by regulators and some competitors, Nvidia executives say they are still confident of the deal closing.

of Taiwan, in spite of their normally fiercely competitive stances. Broadcom CEO Hok Tan, known for not mincing words, said Nvidia had assured the company that it would “continue to make that technology available to the industry on a fair, reasonable and non-discriminatory basis.”

and saw the Trump administration stand in its way, citing China. Chinese investors seeking to buy chip companies have been blocked for years by the U.S., though Broadcom at the time was domiciled in Singapore and in the process of moving its headquarters back to the U.S., and then in 2018, made its own head-scratching acquisition by buying mainframe software maker CA Technologies.

Qualcomm, meanwhile, has reportedly been asking regulators to block Nvidia’s deal for ARM. Qualcomm has had its own problems with those same forms of government agencies, including years of antitrust battles with the Federal Trade Commission. Now, the FTC has eyes on Broadcom and earlier this month charged the company with illegally monopolizing the market for chips used in cable set-top boxes and broadband devices.

Strange bedfellows, questionable deals and regulatory scrutiny come with the territory in semiconductors. Intel wanting to spend $30 billion for its biggest rival’s former chip-making operations so it can make more chips for its competitors (including AMD) would take that to a new level, though.

So as the semiconductor industry continues to struggle with the issue of demand and the ability to make enough chips, odd and unusual sagas are likely to continue, as the largest companies look at all of their options to stay on top or remain competitive, even if that means trying to buy a company that is a big cultural misfit (yoga classes! M&M’s) or one that makes chips for your biggest competitor. It’s all just another trip through the looking glass of the crazy semiconductor industry.