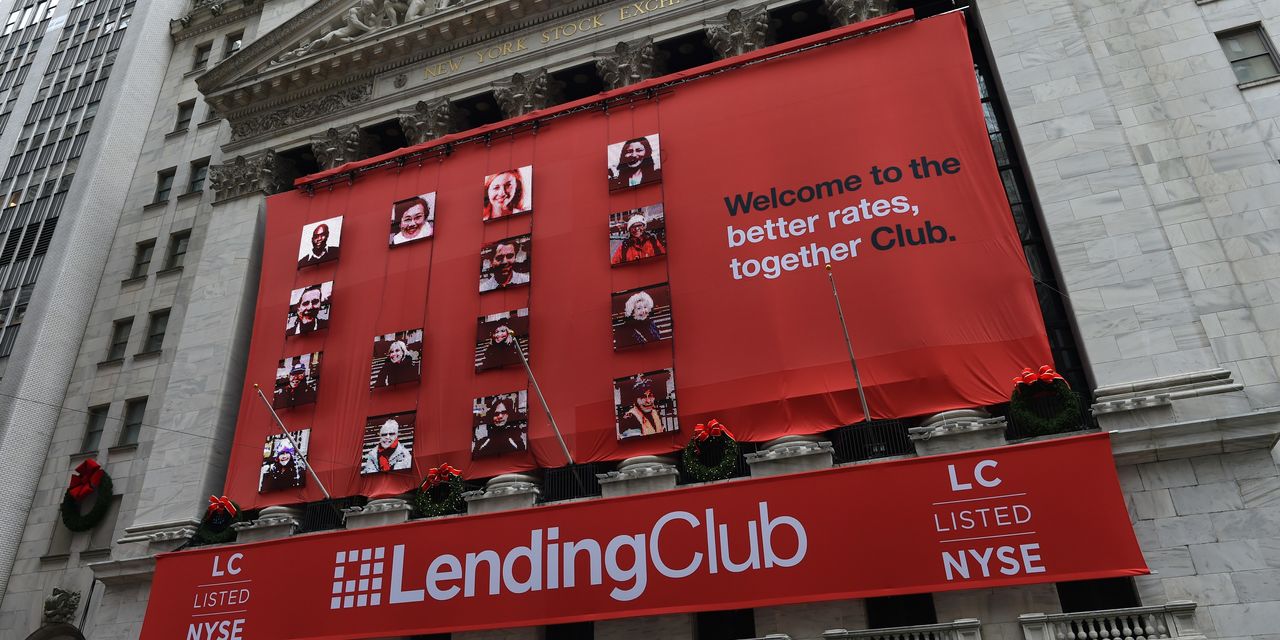 Text size Lending Club banners. Don Emmert/AFP via Getty Images Shares of LendingClub rallied Thursday after the web-based lending company posted better-than-expected third-quarter profit and analysts at Wedbush boosted their price target. The stock rose 34.4% to $42.51. It traded as high as $44.66 on Thursday, a 52-week high. LendingClub (ticker: LC) was on pace

LendingClub reported record net income in the quarter of $27.2 million, up 190% sequentially. On a per-share basis earnings were 26 cents a share vs. a year-earlier loss of 25 cents.

Analysts at FactSet expected earnings of 12 cents a share.

Wedbush analysts raised their price target on the stock to $50 from $33.50 and maintained their Outperform rating.

LendingClub said marketplace revenue in the third quarter rose 15% sequentially to $174 million, driven by growth in loan origination as well as strong investor demand for loans, according to Chief Financial Officer Thomas Casey. Origination fees for the latest quarter rose 13% from a year earlier to $129 million.

Total revenue in the quarter was $246.2 billion, above analysts’ forecasts of $222 billion.

“The company has clearly crossed the line into GAAP profitability and is just beginning to explore the potential product and revenue synergies between LendingClub the originator and the bank,” said a note from Wedbush.

Fourth-quarter profit was forecast at $20 million to $25 million.

Wedbush analysts raised their price target on LendingClub to $50 from $33.50. An earlier version of this article said it had been raised to $33.50 from $25.