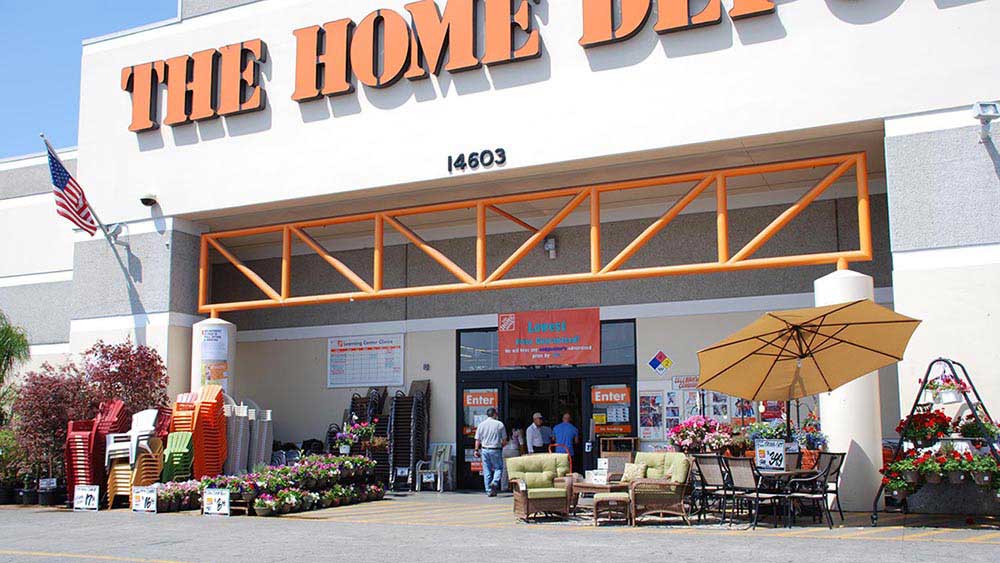 On Friday, the Dow Jones Industrial Average topped 35,000 early in the session, nearing its May 10 record high of 35,091. But the index soon retreated back below that benchmark, edging down 0.5% for the week.

The stock market rally has been weakening below the surface, while the major indexes held up reasonably well until late last week. So it’s not a great time to be buying stocks.

Strong earnings from Dow Jones components in the coming weeks could push blue chips to a new high. In general, investors need to be cautious buying stocks ahead of quarterly earning reports as a large miss could send the stock price tumbling.

But Goldman Sachs, JPMorgan and UnitedHealth have already reported earnings. Meanwhile, Home Depot has several weeks before its report will be out. Honeywell, however, is scheduled to release its results before the market opens on July 23.

With so much news happening during earnings season, it’s hard to keep track of outperforming stocks. But one way to find the best stocks is to look at their IBD Composite Rating.

Relative strength lines are an issue for some of these names, along with other stocks with a decent consolidation in the past couple of months. The RS line, the blue line in the charts provided, track a stock’s performance vs. the S&P 500 index.

What To Do As Market Woes Intensify; Tesla Launches FSD Subscriptions

The investment bank retreated 1.9% to 364.80 last week, slipping below its 50-day moving average. Goldman stock has a flat base with a 393.36 entry point, according to IBD MarketSmith charts. Investors should keep an eye out for a possible early entry opportunity at 385.43 if GS stock bounces above its 50-day line and this week’s high of 385.33.

Goldman is the top-ranked stock in IBD’s Banks-Money Center group and was the best-performing Dow Jones stock in the first half of the year. GS stock has a 94 EPS Rating and a 86 Relative Strength Rating. The RS Rating tracks a stock’s share price performance over the last 52 weeks and compares that to all other stocks. The rating is a good way to quickly see leaders in price performance.

Shares are also consolidating into a flat base with a 167.54 buy point, falling 2.5% last week to 151.91. Investors have a possible early entry opportunity if JPM stock moves up strongly from its 50-day line. The key line is in red in the chart below.

JPMorgan has a 93 EPS Rating and a 77 Relative Strength Rating. JPM was the No. 5 best Dow Jones stock in the first half, overtaking Microsoft at the last minute.

The biggest bank by market cap also reported strong Q2 results that beat analyst expectations Tuesday. But it too saw a drop in trading revenue vs. Q1. Last month, the bank increased its quarterly dividend to $1 a share from 90 cents after beginning a $30 billion share repurchase plan earlier this year.

Shares rose 2.7% last week to 419.70 as they form a flat base with a 426.08 buy point. However, the relative strength line is flat and below the consolidation peak. The RS line for UnitedHealth stock has been moving sideways since last 2018. UNH stock has an 82 EPS Rating and a 71 RS Rating.

The company beat second-quarter expectations early Thursday. UnitedHealth earnings fell 34% vs. a year earlier, as Americans are catching up on delayed medical visits and procedures.

But the highly contagious Delta variant of Covid-19 is sending hospitalization rates higher. Also, the company’s planned purchase of Change Healthcare (CHNG) is under antitrust scrutiny.

Shares dipped 0.2% last week to 321.54, working on a flat base with a 345.79 buy point. HD stock also has an early entry at 324.52, briefly flirting with that short-term resistance area on Friday. Moving above that key level would still be close to the 50-day line.

Homeowners continue to remodel their old or new houses as Americans spent more time at home during the pandemic. However, Americans appear to be shifting some spending away from homes, remodeling and furniture and toward restaurants, clothing and the mall. Housing-related stocks have struggled in the past several weeks.

HD stock is one of the top stocks in the Dow Jones Industrial Average for 2021. The stock has a 94 EPS Rating but only a 54 RS Rating.

The industrial giant, which replaced General Electric (GE) on the Dow Jones index last year, will report Q2 earnings before the market opens on July 23. Analysts see Honeywell earnings climbing 54% to $1.94 per share and revenue rising 17% to $8.6 billion.

How To Know It’s Time To Sell Your Favorite Stock

These Are The 5 Best Stocks To Buy And Watch Now