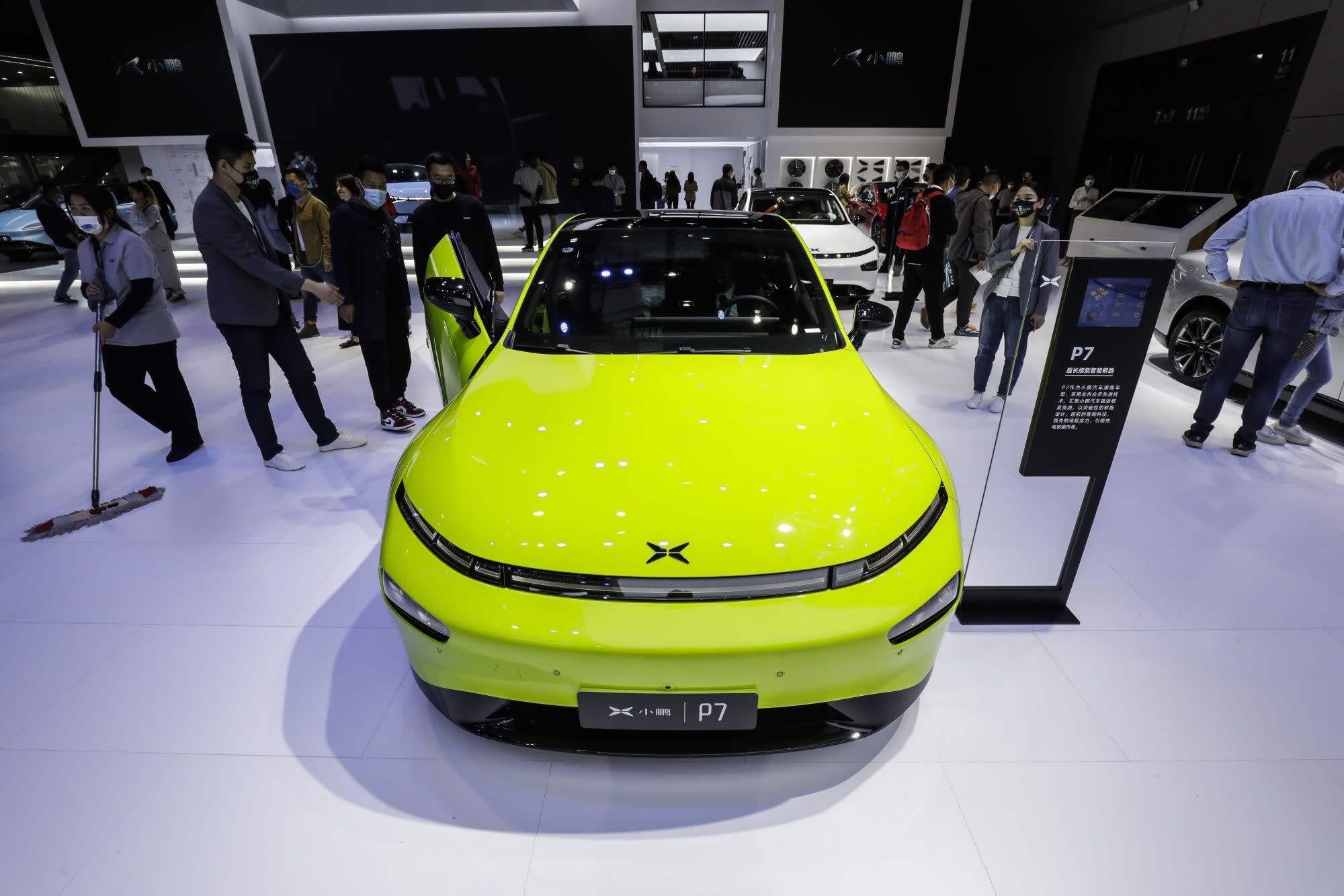 (Bloomberg) — New York-traded electric vehicle maker Xpeng Inc. has received the green light from the Hong Kong stock exchange to list in the city, the latest homecoming share sale by a Chinese company. The company submitted an updated listing document on Wednesday, indicating it has won the bourse’s approval. The filing, which confirmed an


(Bloomberg) — New York-traded electric vehicle maker Xpeng Inc. has received the green light from the Hong Kong stock exchange to list in the city, the latest homecoming share sale by a Chinese company.

The company submitted an updated listing document on Wednesday, indicating it has won the bourse’s approval. The filing, which confirmed an earlier Bloomberg News report, didn’t specify Xpeng’s fundraising size. The EV maker could raise as much as $2 billion in Hong Kong as soon as this year, according to people familiar with the matter, who asked not to be identified as the information is private.

A listing by Xpeng would end a brief hiatus in such share sales by U.S.-listed Chinese firms with online travel firm Trip.com Ltd. the last, raising about $1.25 billion in Hong Kong in April. Many U.S.-traded Chinese companies have flocked to the Asian financial hub since it eased rules in 2018 to allow the likes of Alibaba Group Holding Ltd. and gaming giant NetEase Inc. to list.

A share sale in Hong Kong gives stateside-traded Chinese firms a foothold that acts as a hedge against the risk of being kicked off U.S. exchanges, while allowing them to broaden their investor base closer to home. Under a bill passed in the U.S., Chinese public companies could be kicked off U.S. stock bourses if American regulators aren’t allowed to review their audits.

Unlike the other homecoming listings, however, Xpeng’s isn’t a secondary listing — which would have exempted it from some of the Asian hub’s listing rules — but a dual primary one. That is because Xpeng, which only went public in New York last year, doesn’t have the two-year listing track record required for it to merit a secondary listing in Hong Kong. It’s set to be the biggest dual primary listing in Hong Kong since biotech drugmaker BeiGene Ltd. raised $903 million in the city almost three years ago.

Xpeng’s U.S. presence has already helped the EV maker raise funds. After raising $1.72 billion in its August IPO in New York it fetched another $2.5 billion from investors by placing stock in December.

That said, Xpeng will be coming to a market less enamored of EV makers. After a blistering rally in 2020, electric car-makers have seen their shares decline this year amid increasing competition from legacy automakers, the global semiconductor shortage and an increasing wariness by investors about holding onto riskier assets.

Xpeng’s stock surged 381% from its IPO price to a high of $72.17 in November, but has since fallen about 44%, giving the Guangzhou-based company a market capitalization of around $32 billion.

The carmaker also faces intense competition at home. Rival Chinese EV companies Nio Inc. and Li Auto Inc. — both traded in the U.S. — are also planning listings in Hong Kong, Bloomberg News has reported. The trio compete in an increasingly crowded market in China — the world’s largest for electric-vehicles — as tech giants, traditional automakers and startups muscle into the sector.

Xpeng has yet to turn a profit and has pledged to break even by late 2023 or 2024. Its revenues have been increasing, however, rising to 2.95 billion yuan in the first quarter and its deliveries grew 483% in May compared to the previous year.

(Updates with Xpeng’s latest filing throughout.)