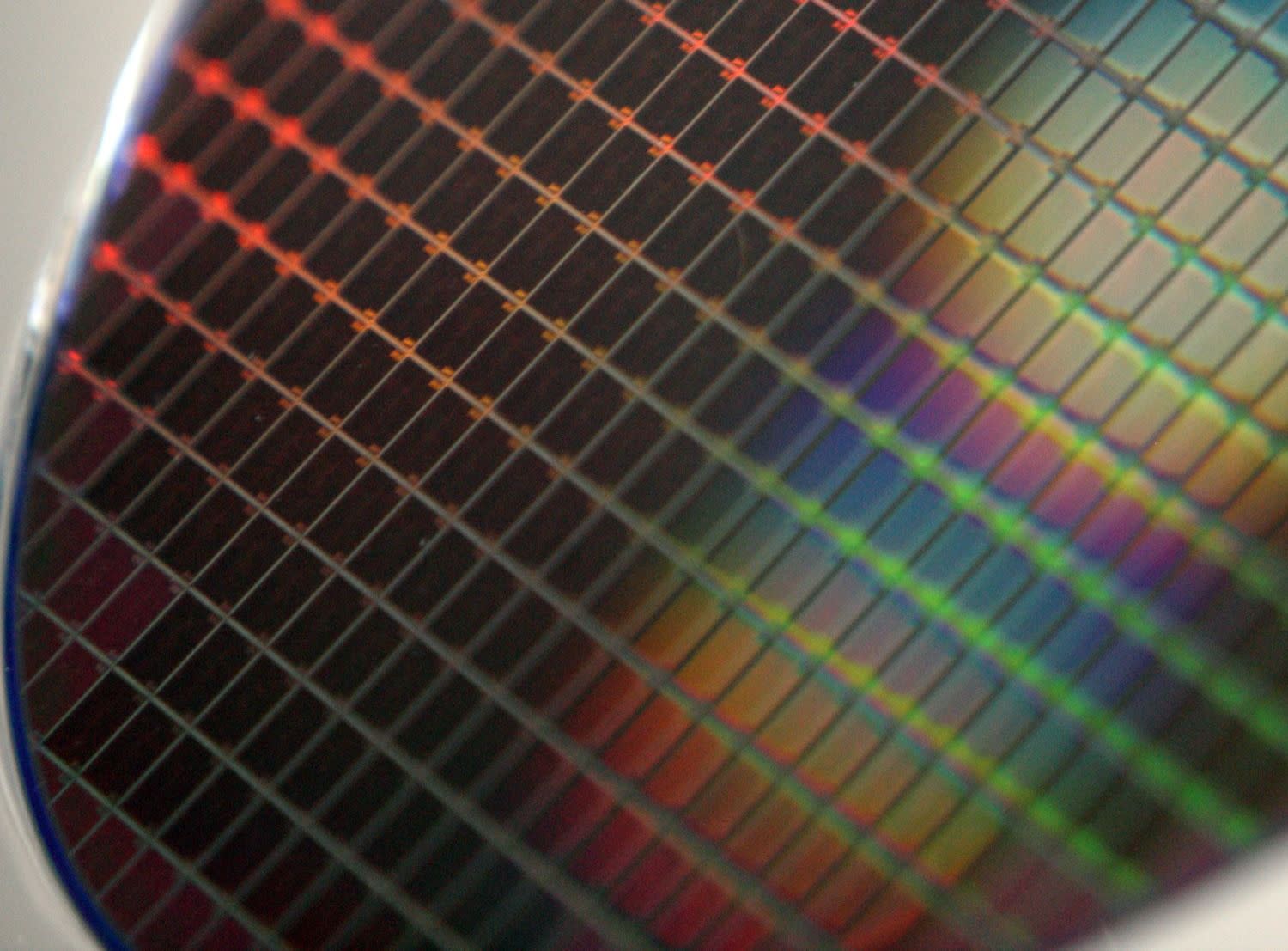 (Bloomberg) — One Japanese company that got its start making grinding wheels for machinery more than 80 years ago believes it holds the key to helping manufacturers create ever slimmer and more powerful semiconductors to power next-generation mobile phones and advanced computers. Disco Corp.’s machines can grind a silicon wafer down to a near-transparent thinness


(Bloomberg) — One Japanese company that got its start making grinding wheels for machinery more than 80 years ago believes it holds the key to helping manufacturers create ever slimmer and more powerful semiconductors to power next-generation mobile phones and advanced computers.

Disco Corp.’s machines can grind a silicon wafer down to a near-transparent thinness and cut the tip of a hair into 35 sections. That knowhow will allow chipmakers to stack integrated circuits on top of each other in a process called 3D packaging, promising smaller chip footprints, reduced power consumption and higher bandwidth between various parts.

“Imagine having to cut a croissant cleanly in half,” Disco’s Chief Executive Officer Kazuma Sekiya said in an interview. “That takes a special kind of knife and considerable craftsmanship.”

The semiconductor industry has long relied on Moore’s Law as a model for chip-technology breakthroughs, but makers are now approaching the physical limits of their ability to cram more transistors onto silicon as leaders like Taiwan Semiconductor Manufacturing Co. migrate to ever-smaller nodes such as 3 nanometers. That’s prompting manufacturers to turn to solutions like 3D packaging to provide an edge. Disco’s technology has been in the making for four to five years and it’s finally ready for practical use, Sekiya said.

The small number of specialized machines Disco has already shipped have had very high gross margins, the CEO said, without providing details. Dicers are typically used toward the end of the fabrication process to cut individual chips from a wafer. Slicing more chips earlier in the process, where per-unit prices are higher, will result in a boost for Disco’s revenues, he added, declining to give a specific timeline.

“Disco has grown at twice the semiconductor industry’s pace because of this need for precision grinding and dicing equipment,” Damian Thong, an analyst at Macquarie Group Ltd., said. “Over the last 40 years, they have worked on every kind of cutting application imaginable, so they are well positioned for this next shift to 3D integration and packaging.”

Some memory chips and image sensors — devices that convert light into ones and zeros — already make use of vertical integration. TSMC has said it will spend about one tenth of its $30 billion capital expenditure budget this year on advanced packaging and masking technologies.

Sekiya’s grandfather founded the company in 1937 to cash in on demand for grinding equipment amid Japan’s pre-war military buildup. After the war, Disco’s abrasive wheels found use in grinding magnets for electricity meters and slitting fountain pen nibs. In 1974, it was tasked by the University of Tokyo with the job of cutting the moon rock brought back by the Apollo 11 mission.

It opened its U.S. office in 1969, a year after Intel Corp. was founded and at the very dawn of the microchip revolution. Disco is now one of a number of little-known Japanese companies that are indispensable to semiconductor production. It controls 81% of the market for grinders and 73% for dicers in semiconductors, according to Nomura Securities Co. Shares of Disco climbed 0.7% in Tokyo trading Wednesday while the broader market fell, adding to a roughly 30% increase in the past year.

Disco is unusual in that for the past decade it has used an internal currency called “Will” to create a micro-economy where sales teams pay factory workers to produce goods, who in turn pay engineers to design products. Even office desks, PCs and meeting rooms have a price. When a sale is made, the coin trickles back through the supply chain. Balances are paid in yen at the end of each quarter as bonuses.

When the pandemic hit, the company set up a system where those working remotely paid a certain amount of Will to be divided among the employees who came in. Early on, some 40% of employees chose to show up in person, earning considerable bonuses, Sekiya said, without giving specific figures. But infections at the firm stayed low, totaling in single digits in Japan. Now that almost 90% of its staff are back in the workplaces, the payout has dwindled. Disco employs roughly 5,600 people.

“We had to prove to employees that going to work isn’t scary,” Sekiya said. “Although some felt that it was too harsh, and several people have quit.”

The effort has helped the company run its factories at full capacity for the past year amid a flood of orders from chip manufacturers racing to boost supplies in a global chip shortage. Disco’s revenue grew 30% last fiscal year to 182.9 billion yen ($1.65 billion), while profit jumped almost 46% to 53.1 billion yen. Sekiya said there are still no signs of slack in demand and Disco is shopping for land in Hiroshima and Nagano prefectures to expand its factories.

“This momentum will definitely continue through the fiscal first half,” he said. “There are zero signs of a slowdown right now.”