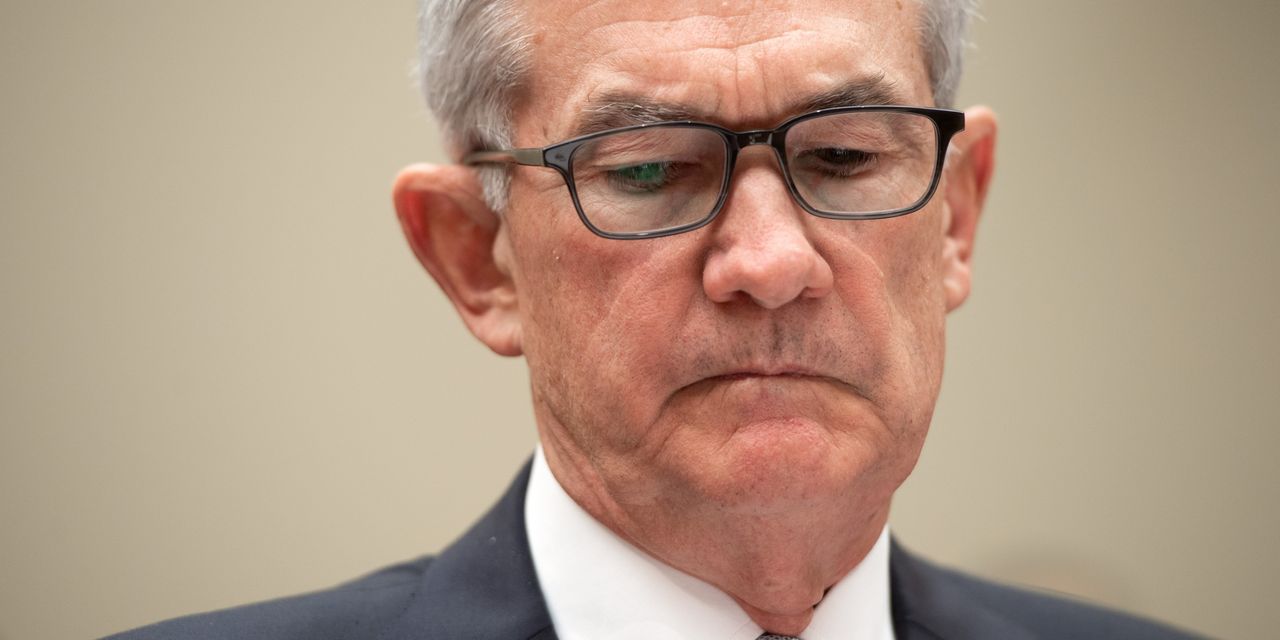 The S&P 500 and Nasdaq Composite pulled back from intraday records Wednesday morning and the Dow industrials were under pressure as investors reacted to a record-setting job openings report, ahead of an account of the rate-setting Federal Open Market Committee’s mid-June gathering. Investors are searching for further insights about the economic recovery from COVID. What


The S&P 500 and Nasdaq Composite pulled back from intraday records Wednesday morning and the Dow industrials were under pressure as investors reacted to a record-setting job openings report, ahead of an account of the rate-setting Federal Open Market Committee’s mid-June gathering.

Investors are searching for further insights about the economic recovery from COVID.

What are major indexes doing?

A Labor Department report showed job openings in the U.S. rose to a record 9.21 million in May, reflecting an insatiable demand for labor as the economy fully reopens and businesses scramble to keep up with soaring sales for their goods and service.

The report on job availability has set a record for three straight months and may be starting to shake the confidence of investors anticipating a robust economic bounceback from the COVID-19 pandemic.

Those concerns have been reflected, at least partly, in a recent slump in longer-dated bond yields, which comes ahead of the publication of minutes of the Fed’s last policy meeting due at 2 p.m. Eastern.

The decline in Treasury yields, with the 10-year Treasury note
TMUBMUSD10Y,

falling to the lowest since February at a rate below 1.3%, had emboldened buyers in yield-sensitive segments of the market, like the technology-heavy Nasdaq Composite and growth stocks, but markets may be growing more concerned that buyingin government bonds implies that some investors harbor doubts about the stock market’s ability to deliver further record rallies.

“Hiring is still a problem though as they fell by 85k in May and after a sharp jump in the two prior months of 609,000, the number of quitters fell by 388,000, wrote Peter Boockvar, chief investment officer at Bleakley Advisory Group, in a daily note.

“Bottom line, we’ll of course see how these numbers mesh in coming months as kids go back to school, enhanced unemployment benefits expire and the vaccine gets further rolled out, but of course at a sharply slowing pace,” he said.

At its June 15-16th meeting, policy makers moved up their forecasts for a policy interest rate increase and began talking about when it would be appropriate to discuss the unwinding of its asset purchases of $120 billion a month, which should be a drag on Treasury rates.

Investors have heard from virtually every Fed official since the meeting, leaving the market with a good sense of where the central bank stands, some analysts have said. The Fed has signaled that it wants to see more good monthly employment reports before scaling back purchases of $120 billion a month in Treasurys and mortgage-backed securities and raising interest rates, which currently stand at a range between 0% and 0.25%.

“This was the meeting when the Fed shocked markets by signaling it might take its foot off the accelerator soon, so traders will be looking for clues as to what kind of progress the committee wants to see before taking the next normalization step,” said Marios Hadjikyriacos, investment analyst at XM, in a note.

pivoted to a sharp decline from a modest gain in the wake of a disagreement within the Organization of the Petroleum Exporting Countries and their allies — a group known as OPEC+ — on raising output. WTI crude touched a six-year high briefly on Tuesday before retreating.

was down more than 4% early Wednesday, after tumbling 19.6% on Tuesday in the wake of last week’s New York IPO.

Which companies are in focus?

How are other assets trading