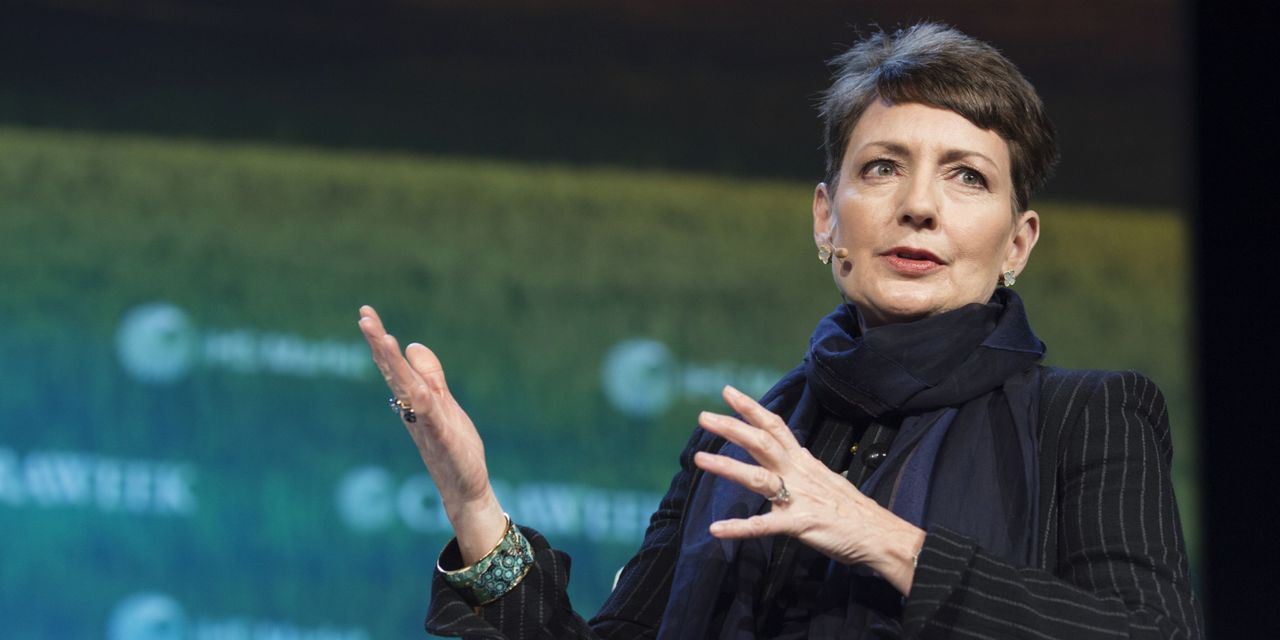 Lynn Good, president and chief executive officer of Duke Energy. F. Carter Smith/Bloomberg Text size I’ve been having inappropriate thoughts about New York City’s electric company. I think I might actually like Consolidated Edison. Or at least, I don’t particularly dislike it at the moment. The other day, ConEd texted me saying that a big


I’ve been having inappropriate thoughts about New York City’s electric company. I think I might actually like

Or at least, I don’t particularly dislike it at the moment. The other day, ConEd texted me saying that a big storm was coming to my town an hour north of the city, and that power might go out, and if so, to reply with “OUT.” I did, and after a few minutes the system estimated that power would be back up in three to four hours. It was. That’s a pretty solid text game for a 198-year-old.

ConEd (ticker: ED) is the oldest issue on the New York Stock Exchange, listed decades before Thomas Edison was born, originally as New York Gas Light Company. Today, it carries a 4.2% dividend yield. That’s more than even what junk bond funds pay. Let’s not make this any weirder, but could my budding feelings of non-disdain for the company translate to positive sentiment for the stock?

(DUK) instead. The contrast is illustrative for investors sizing up other utilities, and Karp has some more value picks.

On the whole, utilities aren’t particularly cheap. The group’s price/earnings ratio is only slightly below that of the

Over the past 30 years, utilities have traded at a bigger discount to the market 86% of the time, Goldman Sachs recently calculated.

Electricity demand will see meager growth in coming decades. You might have heard that the rise of electric vehicles will lead to soaring demand for power, or that solar panels will cut demand for grid power and lead to a death spiral for utilities. Both are overstated. Despite EV growth, transportation will make up less than 3% of electricity demand through 2050, predicts the U.S. Energy Department. And on-site power generation, including rooftop solar, will nearly double over that period, but to only 7% of total generation.

Regulated utilities, meanwhile, can hold up relatively well if the economy falters, and some stack up better than others on growth. Duke combines a 3.8% dividend yield with projections for earnings growth of 5% to 7% through 2025, making 10% yearly returns achievable.

“We intend to continue growing that dividend in a way that provides good returns,” CEO Lynn Good tells me.

Good says Duke also plans to spend $100 billion to $125 billion through the end of the decade. I know: That sounds like a bad thing. But for regulated utilities, spending is the key to growth. Utilities that can prove to regulators that they have kept customer bills in check are given permission to invest and recoup set rates returns via their rates. Duke is retiring coal plants and adding renewable power generation, including solar fields that customers can buy into with subscriptions. It’s also adding line-inspecting drones and smart meters to cut operating costs. That holds down bills and strengthens the case for more investing.

The regulatory environment is favorable in Duke’s major markets: the Carolinas, Florida, and Indiana. “There’s not so much of the utility bashing that goes on down there as it is in New York routinely,” says KeyBanc’s Karp. “So they have more constructive outcomes. They have better returns.” A starting point of below-average customer bills helps. So does healthy population growth. New York has neither.

Duke has had missteps. It was a partner in the Atlantic Coast Pipeline to carry natural gas, both for distribution to customers and for generating electricity, but there were cost overruns and lawsuits. Duke walked away last year and took a loss. All told, however, the stock has returned just over 590% since Good became chief in 2013. That’s 50 points better than the

and 130 points better than

echange-traded fund (XLU), which tracks a basket of utilities.

A nuclear plant near me just powered down its last reactor for good in April after 59 years of operation. For now, there’s not enough wind and solar generation to make up the difference, so more power is coming from natural gas, making for a short-term rise in carbon output.

The Carolinas get more than half their power from nuclear generation. Good last month asked regulators for a 20-year extension on Duke’s largest nuclear plant, which is nearly 50 years old. If approved, the plant would operate into the 2050s. “I don’t have a resource that I can replace nuclear with in a way that will continue to deliver that low carbon future,” Good says.

The U.S. has only one nuclear new-build project, by the way:

(SO) is adding two reactors to its Vogtle plant in Georgia. Construction began in 2013, and there have been hiccups—the reactor manufacturer, Westinghouse, filed for bankruptcy protection in 2017. “I don’t think there’s any appetite among regulated utilities to build nuclear plants at this point,” Karp says.

(PEG) in New Jersey is shifting away from merchant power generation and embracing regulated life, which could improve returns and earn the stock a better valuation. And

(FE) in Ohio agreed this past week to pay a $230 million fine to resolve charges that it was involved in a bribery scheme involving legislation to bail out power plants. Karp sees potential for the stock price to recover. Public Service yields 4.4% and FirstEnergy, 4%.