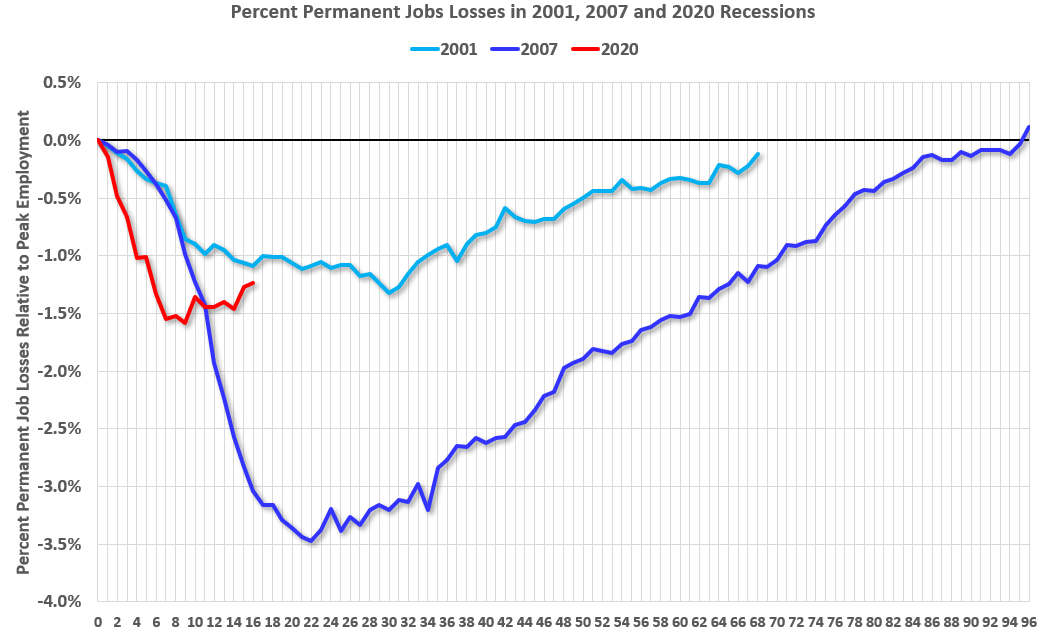 by Calculated Risk on 7/02/2021 09:51:00 AM The headline jobs number in the June employment report was above expectations, and employment for the previous two months was revised up.   However, the participation rate was unchanged and the unemployment rate increased slightly to 5.9%. Leisure and hospitality gained 343 thousand jobs.  In March and April of

The headline jobs number in the June employment report was above expectations, and employment for the previous two months was revised up.   However, the participation rate was unchanged and the unemployment rate increased slightly to 5.9%.

In June, the year-over-year employment change was 7.919 million jobs. This turned positive in April due to the sharp jobs losses in April 2020.

This graph shows permanent job losers as a percent of the pre-recession peak in employment through the report today. (ht Joe Weisenthal at Bloomberg).

This data is only available back to 1994, so there is only data for three recessions.

In June, the number of permanent job losers decreased to 3.187 million from 3.234 million in May.

These jobs will likely be the hardest to recover. 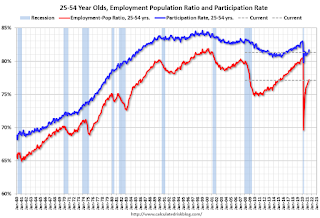 Since the overall participation rate has declined due to cyclical (recession) and demographic (aging population, younger people staying in school) reasons, here is the employment-population ratio for the key working age group: 25 to 54 years old.

The prime working age will be key as the economy recovers. 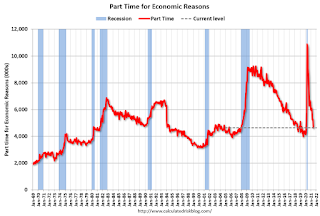 From the BLS report:

The number of persons working part time for economic reasons decreased in June to 4.627 million from 5.271 million in May.

These workers are included in the alternate measure of labor underutilization (U-6) that decreased to 9.8% from 10.2% in May. This is down from the record high in April 22.9% for this measure since 1994 and close to pre-recession lows. 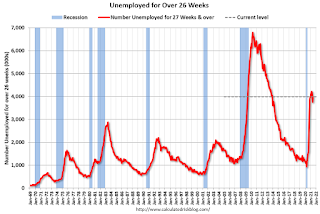 This graph shows the number of workers unemployed for 27 weeks or more.

According to the BLS, there are 3.985 million workers who have been unemployed for more than 26 weeks and still want a job, up from 3.752 million in May.

This does not include all the people that left the labor force. This will be a key measure to follow during the recovery.

The headline monthly jobs number was above expectations, and the previous two months were revised up by 15,000 combined.  However, the headline unemployment rate increased slightly to 5.9%.

There was a sharp decline in part time workers (for economic reasons), but the number of permanent job losers – and the long term unemployed – remain high.