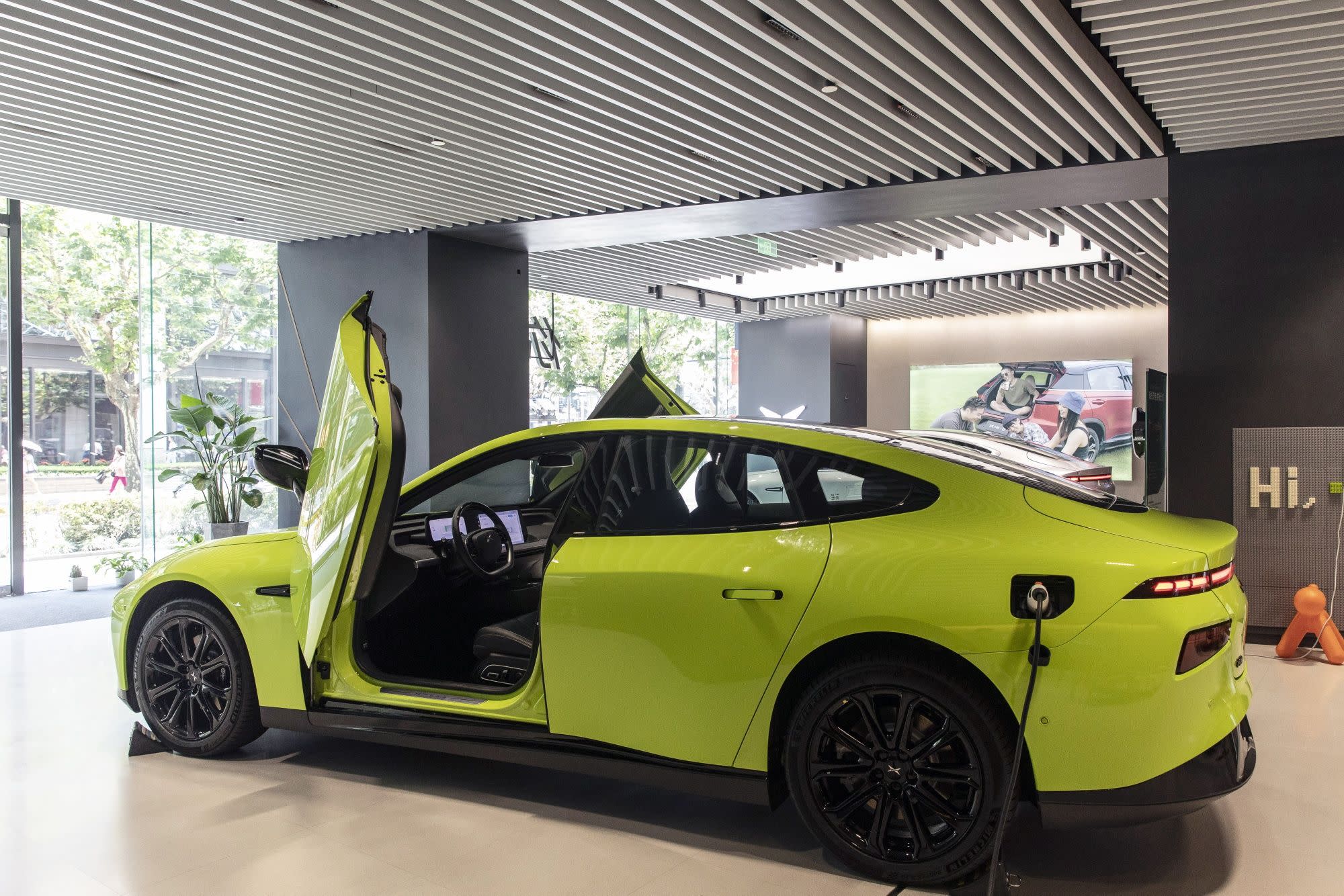 (Bloomberg) — XPeng Inc. fluctuated in its Hong Kong trading debut after becoming the first Chinese electric-vehicle maker to finish a so-called homecoming share sale that raised $1.8 billion. The shares opened at HK$168 on Wednesday, before slipping to as low as HK$159.3. That’s down 3.5% from their offer price of HK$165 each. The company

The shares opened at HK$168 on Wednesday, before slipping to as low as HK$159.3. That’s down 3.5% from their offer price of HK$165 each. The company went public in the U.S. last August, and its New York-listed shares have almost tripled from their IPO price.

XPeng’s Hong Kong debut comes as China’s expanded crackdown on the technology industry has dealt a blow to global investors. The nation’s cyberspace regulator is investigating Didi Global Inc. — China’s version of Uber — and two other firms that recently debuted on Wall Street. The State Council on Tuesday vowed to tighten oversight of data security and overseas listings.

“China’s regulatory probe of Didi Chuxing may put tech-savvy automakers on alert that the gathering and analytics of vehicle operating data, which could become their next big source of profits, will fall under stricter government oversight,” Steve Man and Joanna Chen, analysts at Bloomberg Intelligence, wrote in a note.

A slew of U.S.-traded Chinese firms have been selling shares in Hong Kong, giving them a hedge against the risk of being kicked off American exchanges while broadening their investor base closer to home.

“As a China consumer brand, we want to have our customers ultimately be our shareholders as well, so coming to Hong Kong gives an opportunity to achieve that goal,” XPeng President Brian Gu said in an interview with Bloomberg Television. It also gives “us direct access to China-based investors, which are important for us in the long run,” he said.

Still, unlike many other homecoming listings in Hong Kong since it eased rules on companies with weighted voting rights, XPeng has gone public via a dual primary rather than a secondary listing.

A secondary listing requires a track record of having been traded in another exchange for at least two years, and generally involves less paperwork for the issuer, as well as allows it to just meet U.S. rules to list. One of XPeng’s American depositary shares is equivalent to two ordinary shares in Hong Kong.

XPeng has yet to turn a profit, pledging to break even by late 2023 or early 2024. Revenue has been increasing, however, reaching 2.95 billion yuan ($455 million) in the first quarter, with deliveries in June growing 617% compared to the same month a year earlier.

The automaker said in its listing prospectus that it plans to use the proceeds from its Hong Kong share sale to expand its product portfolio and develop more advanced technologies, among other targets. It is also planning to expand its presence in international markets.

JPMorgan Chase & Co. and Bank of America Corp. were joint sponsors for the Hong Kong offering.