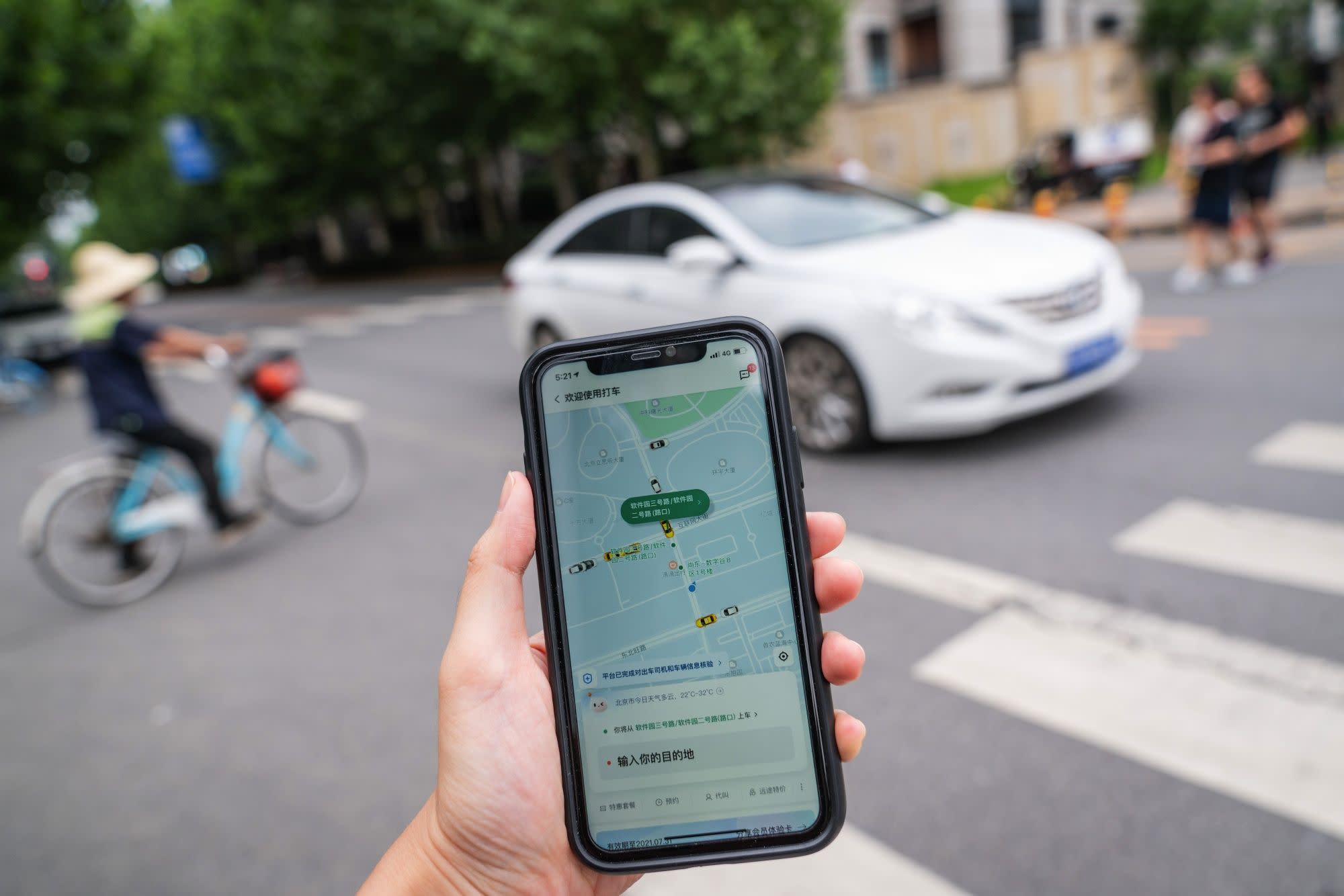 (Bloomberg) — China’s move to rein in two of the most powerful corporate trends of the past decade — the rise of data-hungry tech titans and the flood of Chinese listings in the U.S. — is rippling through markets as investors brace for a new era of tighter oversight from Beijing. A gauge of Chinese

China’s move to rein in two of the most powerful corporate trends of the past decade — the rise of data-hungry tech titans and the flood of Chinese listings in the U.S. — is rippling through markets as investors brace for a new era of tighter oversight from Beijing.

A gauge of Chinese technology stocks traded in Hong Kong fell as much as 1.9% on Wednesday to approach its lowest level since November. The index has slumped more than 30% since its February high, while a measure of Chinese American depositary receipts tumbled 3% on Tuesday. Didi Global Inc., which is the focus of a cybersecurity probe, sank 20% in New York.

While there remains considerable uncertainty about how China will implement a crackdown flagged by the country’s State Council on Tuesday, the impact has the potential to be far-reaching. Increased regulation is likely to slow the pace of Chinese listings in the U.S. and reduce the lucrative fees that flow to Wall Street. Technology firms will face more restrictions on the use of lucrative data. The risk of economic decoupling between China and the U.S. will only grow as the two governments act to safeguard national security.

“It is a big step from China,” said Peter Garnry, head of equity strategy at Saxo Bank A/S in Hellerup, Denmark. “The uncertainty is still over to what degree all of this regulation will impact longer-term profitability. Chinese ADRs are in this vacuum between U.S. and Chinese interests.”

In its brief statement on Tuesday, the State Council said rules for overseas listings will be revised and publicly-traded firms will be held accountable for keeping their data secure. It also said China will step up its regulatory oversight of companies trading in offshore markets.

Chinese companies have flocked to U.S. exchanges in recent years, especially from the tech industry, despite efforts by Beijing to encourage companies to list back home. Chinese firms have raised about $76 billion through first-time share sales in the U.S. in the past decade. Last month alone they raised $7.9 billion, the most since Alibaba Group Holding Ltd.’s IPO in September 2014, according to data compiled by Bloomberg.

Chinese companies have listed abroad outside of regulators’ purview largely through the Variable Interest Entity model. That system has never been formally endorsed by Beijing but has been used by virtually every Chinese tech giant to tap foreign investors. Under the structure, corporations transfer profits to an offshore entity with shares that foreign investors can then own.

“I see the political compromise that allowed the VIE structure as a way around restrictions on foreign ownership of Chinese firms in sensitive industries as under serious threat,” said Martin Chorzempa, senior fellow at the Peterson Institute for International Economics.

U.S. exchanges are becoming more hostile to Chinese companies, which may face delisting if they refuse to hand over financial information to American regulators. An effort by the U.S. Securities and Exchange Commission to gain access to audits of overseas companies, which began under former President Donald Trump, is continuing under the Biden administration. Some Chinese firms have said China’s national security laws prohibit them from turning over audit papers to U.S. regulators.

Beijing has grown increasingly concerned over the amount of sensitive information the nation’s technology firms hold and the risk of exposure via IPOs. But while the securities regulator was able to pull Ant Group Co.’s $35 billion dual listing in Shanghai and Hong Kong back in November, it has no such power over many Chinese companies going to the to U.S. to sell shares.

There were increasing efforts. Chinese regulators asked Didi as early as three months ago to delay the listing because of national security concerns involving its huge trove of data, Bloomberg News reported. Online insurance technology firm Waterdrop Inc received pushback from regulators before its U.S. IPO because its business model was seen as risky, Reuters reported in April.

But Beijing’s reaction to Didi’s IPO suggests the Communist Party wants much stronger control over offshore listings, as well as over data held by technology firms.

The State Council statement makes special provisions for cross-border data supervision, which suggests that overseeing sensitive information has become one of the most important regulatory fields in China, said Xia Hailong, a lawyer at Shanghai-based Shenlun law firm.

“Since there is no mechanism in place for cross-border supervision of securities, conducting a security review on data could serve as an effective tool for Chinese regulators to rein in overseas listed companies,” Xia said.

Beijing’s moves could prompt Chinese technology firms trading in the U.S. to reconsider their primary listings, while future IPOs could be in doubt. One company poised to test sentiment soon is Hong Kong’s on-demand logistics and delivery firm Lalamove. It filed confidentially for a U.S. IPO last month, according to people with knowledge of the matter, and is seeking to raise at least $1 billion.

“The uncertainty about what is the regulators’ end-game poses a lot of questions,” said Brendan Ahern, chief investment officer at Krane Fund Advisors LLC. “We’ve seen a pretty healthy IPO market from Chinese companies, and the regulators’ decision will cast a pall over that.”