China Stocks Listed in U.S. Pounded as Beijing Clamps Down 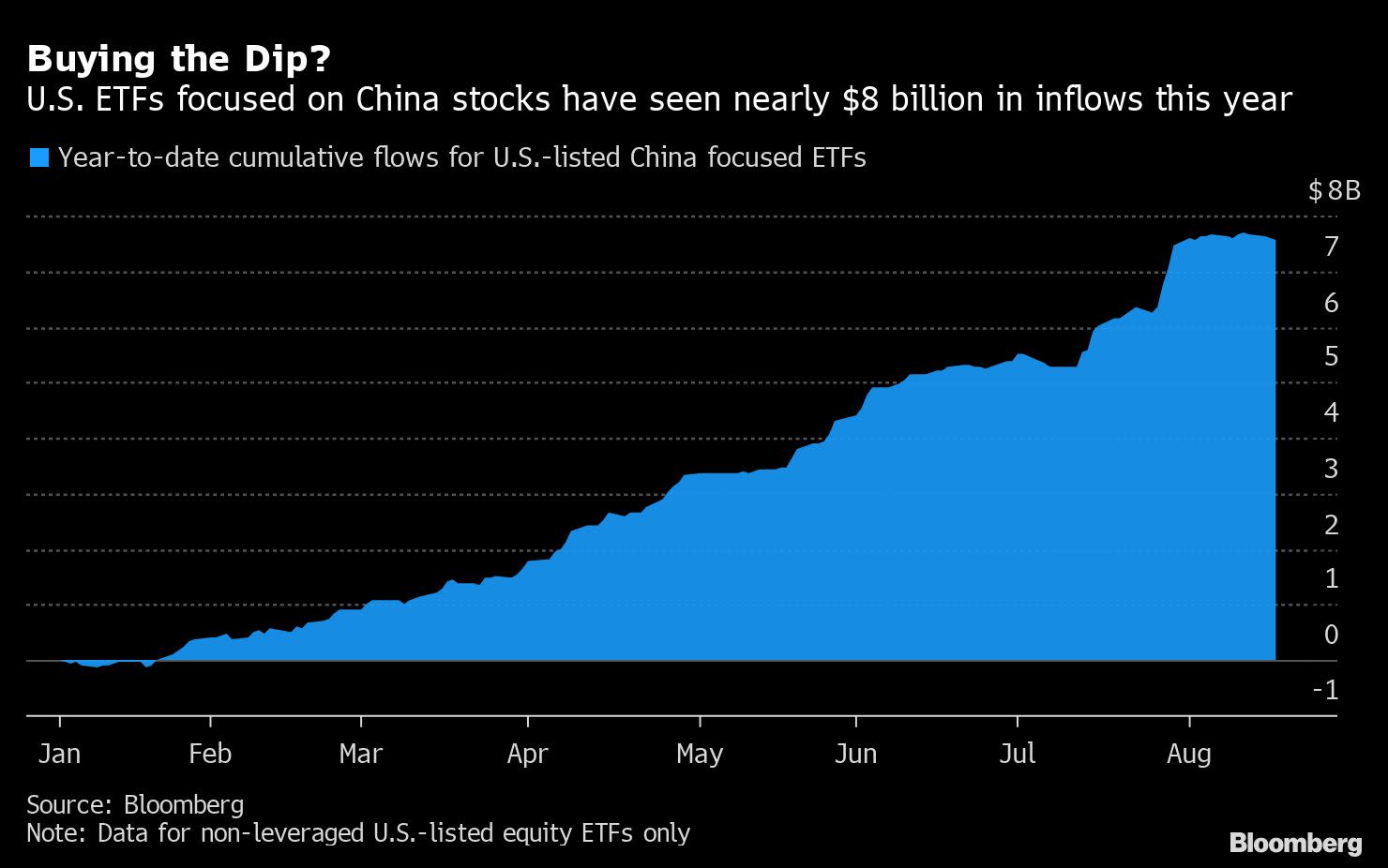 (Bloomberg) — Chinese companies listed in the U.S. matched their longest weekly losing streak in more than a decade after Beijing intensified its regulatory clampdown across various industries. American depositary receipts for tech giants have racked up losses with Tencent Holdings Ltd., Alibaba Group Holding Ltd., and Nio Inc., erased more than 6% each this


(Bloomberg) — Chinese companies listed in the U.S. matched their longest weekly losing streak in more than a decade after Beijing intensified its regulatory clampdown across various industries.

American depositary receipts for tech giants have racked up losses with Tencent Holdings Ltd., Alibaba Group Holding Ltd., and Nio Inc., erased more than 6% each this week. The declines have sent the Nasdaq Golden Dragon China Index to lose more than 8% of its value this week, wrapping up two months of declines.

Chinese state media called for tougher oversight to protect consumers, hurting liquor makers, cosmetics firms and online pharmacies on Friday. The Hang Seng Index plunged to enter a technical bear market as regulatory crackdowns spread across industries. This comes after policymakers in China released a fresh round of proposed regulations to further ensure the rights of drivers who work for online companies and to step up oversight of the live streaming industry.

“This drawdown we’re seeing in China is absolutely business as usual for investing in Chinese equities,” according to Gabriela Santos, global market strategist at JP Morgan Chase & Co. “Every year you should expect at 20% correction and every three years or so you tend to have an over 30% correction,” she said in a Bloomberg TV interview Friday.

The iShares China Large-Cap ETF (FXI), which houses both Alibaba and Tencent as well as other favorites of U.S. investors, fell 1% on Friday. The ETF has wiped out roughly 30% of its value from a February peak and closed at the lowest since May 2020.

In the span of just six months the Nasdaq Golden Dragon China Index — which tracks 98 firms listed in the U.S. that conduct a majority of their business in China — has plunged about 52%. It gained 1.7% Friday as China’s securities regulators vowed to create conditions to push for cooperation with the U.S. on companies’ audit and supervision.

In recent days investors have started to exit U.S.-listed exchange-traded funds that focus on Chinese stocks, with the $4.7 billion KraneShares CSI China Internet ETF seeing four straight sessions of outflows. However, those outflows amount to only $78 million, accounting for a small fraction of the $3.8 billion in inflows the fund has seen this year.

In fact, across more than 40 non-leveraged U.S.-listed equity ETFs that are China focused, net inflows for the year are close to passing the $8 billion mark, according to data compiled by Bloomberg. The majority of that has come since early March when regulators in Beijing fined tech giants including Tencent and Baidu Inc. for past acquisitions and investments.

The continued inflow of money into ETFs is likely a result of some investors trying to time the end of the selloff, analysts said.

One possible catalyst that could turn the tide for shares is a rush of earnings over the next two weeks from some of the hardest hit stocks. Large-cap names including JD.com Inc., Pinduoduo Inc. and NetEase Inc. will all release second-quarter results which will be closely watched for any indication that the regulatory scrutiny is having an impact on their bottom lines.

For JPMorgan’s Santos, investors shouldn’t pull out of the local market. “We fundamentally disagree with the thesis that China is now uninvestable,” she said. “To me, one of the most import themes of the next decade is the rise of China in portfolios.”