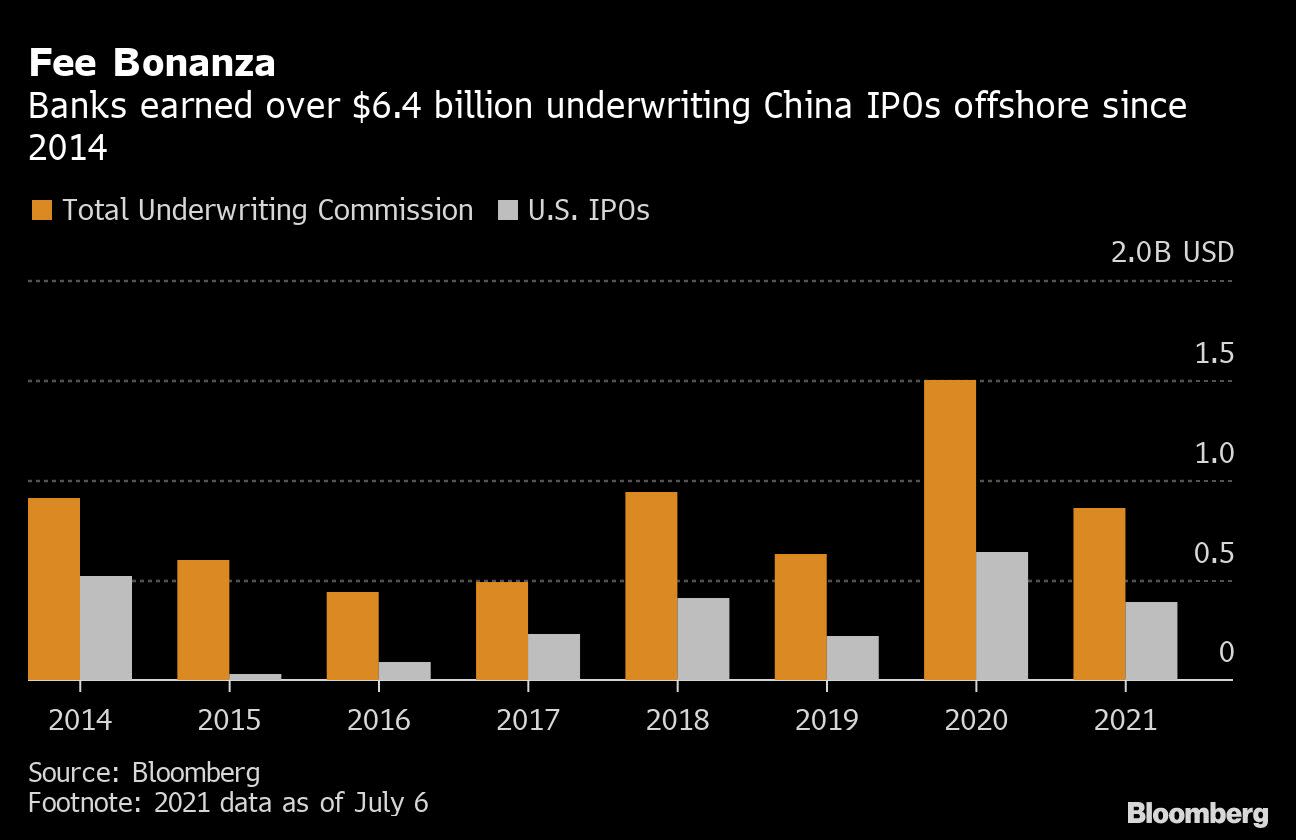 (Bloomberg) — China plans to exempt companies going public in Hong Kong from first seeking the approval of the country’s cybersecurity regulator, removing one hurdle for businesses that list in the Asian financial hub instead of the U.S., according to people familiar with the matter. The exemption was outlined by officials in recent meetings with


(Bloomberg) — China plans to exempt companies going public in Hong Kong from first seeking the approval of the country’s cybersecurity regulator, removing one hurdle for businesses that list in the Asian financial hub instead of the U.S., according to people familiar with the matter.

The exemption was outlined by officials in recent meetings with bankers, after a government statement on Saturday announcing a new review process for foreign listings prompted questions over whether it would apply to Hong Kong, the people said, asking not to be identified as the discussions are private. The Cyberspace Administration of China will vet companies to ensure they comply with local laws, but only those headed to other countries such as the U.S. will undergo a formal review, the people said.

All listings, including those in Hong Kong, will require a sign-off from the China Securities Regulatory Commission under the new framework, the people said. Bankers briefed by the CSRC came away with the impression that the approval process for Hong Kong would be less onerous than for the U.S.

The CSRC and CAC didn’t immediately respond to requests for comment.

China’s government is overhauling the way it regulates initial public offerings as part of a broad campaign to tighten oversight of companies like Didi Global Inc. and ByteDance Ltd. that control reams of valuable user data. Beijing has entwined the importance of data with that of national security and the battle for technological supremacy with the U.S., fueling speculation that regulators will use the new cybersecurity review to end the flood of Chinese companies going public in New York.

Some companies are already reconsidering their plans. Bloomberg reported on Friday that Chinese social media and e-commerce startup Xiaohongshu, or “Little Red Book,” is putting its U.S. IPO on hold. Chinese on-demand logistics and delivery firm Lalamove is weighing a venue switch from the U.S. to Hong Kong, people familiar with the matter said earlier this week.

The cybersecurity exemption for Hong Kong, which is a special administrative region of China, would help soften the blow for international banks like Morgan Stanley that have earned some $6.4 billion in fees from offshore listings by Chinese companies since 2014. About 60% of that was generated from Hong Kong listings.

It would also add to the tailwinds for Hong Kong Exchanges & Clearing Ltd. The bourse’s stock has surged in recent years as the political standoff between Beijing and Washington spurred Chinese technology giants including Alibaba Group Holding Ltd. to seek secondary listings in Hong Kong.

Shares of HKEX reversed earlier losses and rallied 3.9% as of 12 p.m. local time, extending this year’s gain to 23%. The bourse is the best-performing stock in July among the 12 exchanges with a market value of at least $10 billion, according to data compiled by Bloomberg.

While preventing Chinese companies from listing in the U.S. would curb their access to the country’s vast pool of individual savers, most of America’s big institutional investors are already active in Hong Kong’s $6.9 trillion stock market. The city’s currency is linked to the U.S. dollar and isn’t subject to capital controls like in mainland China, making it a viable alternative to New York for both company founders and international money managers.

U.S. President Joe Biden’s administration plans to issue a warning to U.S. companies about doing business in Hong Kong as soon as today, but it won’t order them to scale back investments or leave the city.

As part of China’s clampdown on IPOs, the CSRC is leading efforts to close a loophole that allowed companies to list overseas without regulatory approval if the unit selling shares was incorporated outside China, people familiar with the matter said last week.

The loophole has been used by firms from Alibaba to Tencent Holdings Ltd. to sidestep Chinese restrictions on foreign investment in sensitive industries, using the so-called Variable Interest Entity model. The updated regulations are expected to be ready in a month or two, one of the people said, adding that banks and issuers aren’t likely to make a final decision on listing venues until the details are clear.

The flurry of activity follows Didi’s $4.4 billion IPO in New York at the end of June, which went ahead despite reservations among regulators about the security risks posed by the ride-hailing giant’s data trove. China has since banned the company from signing up new users and pulled its app from stores.

On Saturday, authorities proposed rules that would require nearly all companies seeking to list in foreign countries to undergo a cybersecurity review.

The shifting regulations threaten the plans of about 70 private firms based in Hong Kong and China that were set to go public in New York, according to data compiled by Bloomberg. Chinese companies have raised about $76 billion through first-time U.S. share sales over the past decade.

Not all firms planning U.S. IPOs would meet the bar for listing in Hong Kong. Didi, for example, would have found it hard to satisfy the exchange’s requirement that its operations be legally compliant because of China’s complex licensing norms for businesses, vehicles and drivers. Separately, Hong Kong’s exchange plans to raise the annual profit requirement for a main board listing by 60% to HK$80 million ($10.3 million) in the recent three financial years, effective from next year.