China Orders Tencent to Give Up Exclusive Music Rights 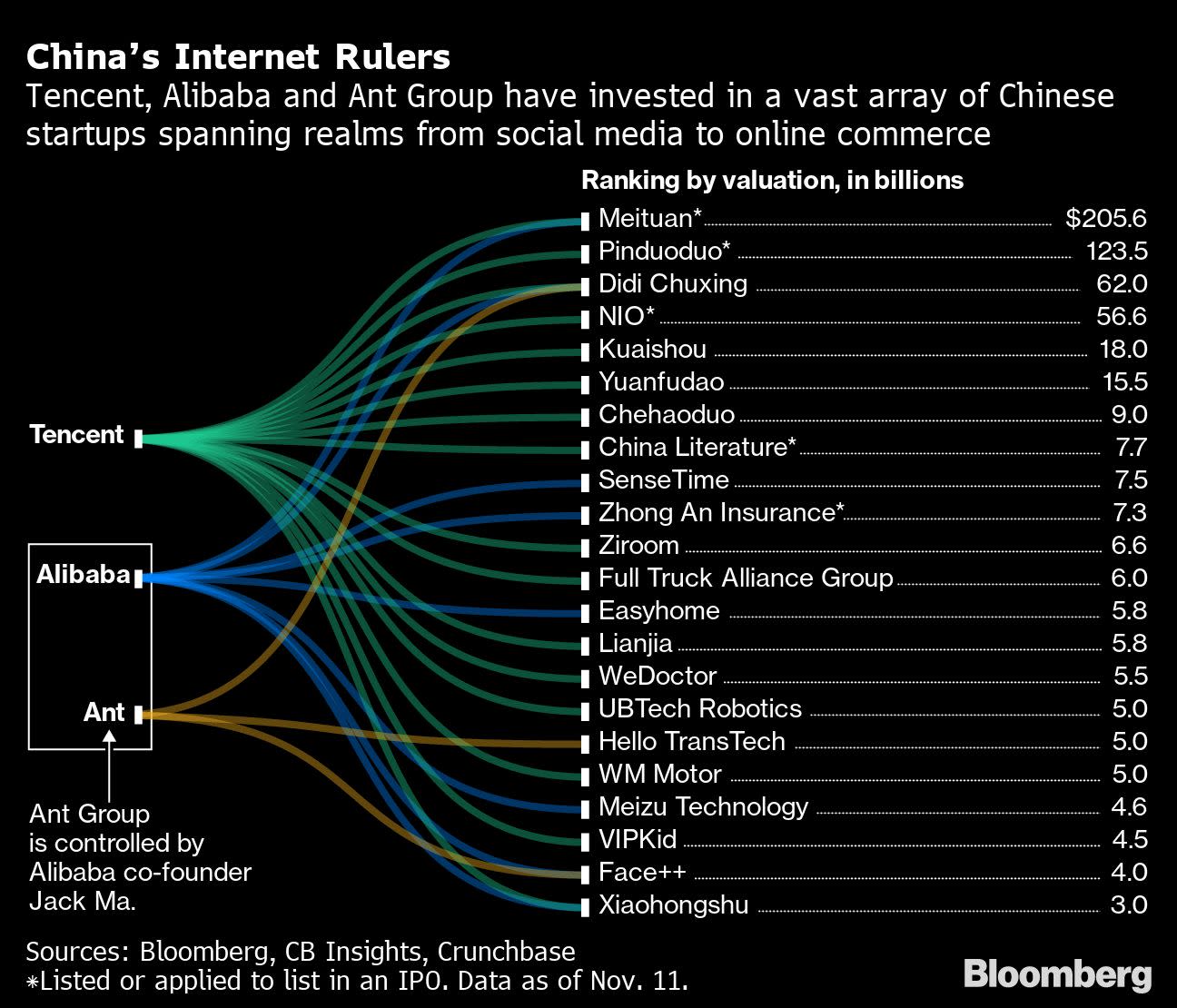 (Bloomberg) — Tencent Holdings Ltd. was ordered to give up exclusive music streaming rights and pay half a million yuan in fines, becoming the latest Chinese internet giant to be brought to heel by regulators. An official investigation found Tencent’s 2016 acquisition of China Music Corp.’s stakes violated regulations partly because of a lack of


(Bloomberg) — Tencent Holdings Ltd. was ordered to give up exclusive music streaming rights and pay half a million yuan in fines, becoming the latest Chinese internet giant to be brought to heel by regulators.

An official investigation found Tencent’s 2016 acquisition of China Music Corp.’s stakes violated regulations partly because of a lack of reporting to authorities, according to a statement by the anti-trust watchdog on Saturday. The State Administration for Market Regulation required Tencent and its affiliates to waive exclusive music rights within 30 days and handed down a fine of 500,000 yuan ($77,145).

That deal had help create Tencent Music Entertainment Group, which was formed after the merger of QQ Music and China Music Corp.

The government agency also asked Pony Ma’s social media and gaming giant and its affiliates to stop demanding music copyright holders to give it better treatment than its competitors through practices such as providing high advance payments. The companies must submit their plans for rectification within 10 days to the watchdog and continue to report on their enforcement of the changes annually in the next three years.

Tencent will make rectification plans with its affiliates including Tencent Music Entertainment within the time limit designated and “faithfully” carry out the SAMR’s order to ensure all requirements are met, the company said in a statement on its official WeChat account.

The penalty levied on Tencent marks the most-direct hit to Asia’s most valuable corporation from Beijing’s escalating campaign against its tech giants. Fellow internet behemoth Alibaba Group Holding Ltd. was fined a record $2.8 billion in April for antitrust violations, while its affiliate Ant Group Co. had to scrap an initial public offering and restructure into a financial holding company. Firms backed by Tencent have also come under scrutiny: food-delivery leader Meituan is facing an anti-monopoly probe while Didi Global Inc., operator of the country’s largest ride-hailing service, was this month ordered off Chinese app stores by cyberspace regulators.

Beijing has sought to curtail the growing influence of China’s powerful internet corporations over every aspect of Chinese life from online shopping to chatting and ride-hailing. That campaign is now extending into the arena of data security, with President Xi Jinping’s government said to be exploring a number of models and actions to open up their information hoards. Separately, financial regulators are planning rule changes that would allow them to block a Chinese company from listing overseas even if the unit selling shares is incorporated outside China, people familiar with matter have said.

In response, the tech giants have pledged to comply with regulations and refrain from anti-competitive behavior, while ramping up spending significantly to spur growth. Tencent said in May it will plow a larger portion of its incremental profits this year into cloud services, games and video content, joining Alibaba and Meituan in telegraphing sharp hikes in investment. The Shenzhen-based firm has also unveiled plans to invest 50 billion yuan in its so-called social values initiative to fund philanthropic efforts in areas such as education, rural revitalization and carbon neutral that align firmly with Xi’s priorities.

China’s antitrust authorities had previously investigated Tencent’s dealings with the world’s three biggest record labels but the probe was suspended, people familiar with the matter said last February. Tencent Music has noticed a tightening in antitrust scrutiny and has been cooperating with regulators, executives said in May.

Tencent Music has long held a commanding lead in Chinese music through exclusive rights to a major chunk of Universal Music Group, Sony Music Entertainment and Warner Music Group Corp.’s catalogs, which it then sublicenses to smaller platforms including those operated by NetEase Inc., Alibaba and Xiaomi Corp. That dominance was weakened when NetEase struck deals to directly license songs from Universal and Sony.

Over the past seven months, the watchdog has already imposed token fines — amounting to at least 4.5 million yuan, excluding penalties for affiliates — on the company for not seeking approval for a number of past investments and acquisitions.

The firm, co-founded by China’s second-richest person more than two decades ago, has previously been accused by rivals including TikTok owner ByteDance Ltd. of alleged monopolies by blocking their content on its WeChat super app, the chatting and payments service used by more than a billion people. In February, ByteDance filed a lawsuit accusing the larger company of violating antitrust laws by blocking content from Douyin, the Chinese twin of its globally popular short app, on WeChat and QQ.

Tencent’s fast-growing fintech businesses are also under separate scrutiny. China’s top financial regulators see Tencent as deserving increased supervision after the clampdown on Ant, people with knowledge of their thinking told Bloomberg in March. The firm was among 13 companies ordered by watchdogs including the central bank and the banking regulator at the end of April to rein in their financial operations, imposing upon them many of the restrictions that have already been levied on Ant.

Executives have sought to assuage investor concerns, saying that Tencent remains very focused on risk management and has been “self-restrained” on the size of its non-payment financial products.

“When we look into the internal review, and when we look into what other things that need to be done in order to make sure that we are compliant with the spirit of the regulators, it’s actually relatively manageable,” President Martin Lau said during the corporation’s first-quarter earnings conference call.