China Orders Entertainment and Tech Firms to Stay in Their Lane 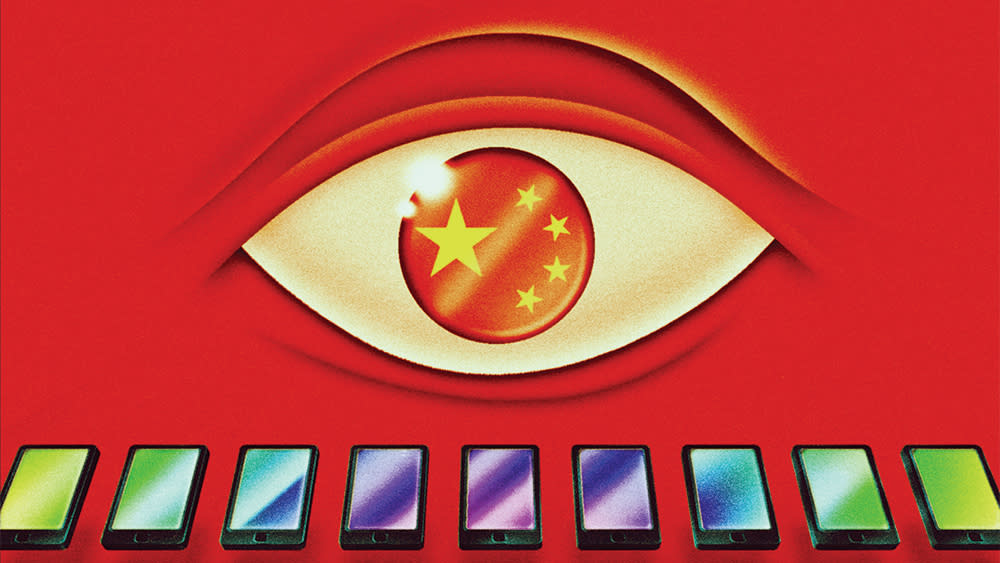 Chinese regulators teamed up on Wednesday to issue a volley of orders that will crimp the expansion of the country’s entertainment and tech giants, including Alibaba, Tencent and TikTok-owner Bytedance. The directives came in the same week that the U.S. increased its pushback against some of the same Chinese firms, pointing to security concerns, and


Chinese regulators teamed up on Wednesday to issue a volley of orders that will crimp the expansion of the country’s entertainment and tech giants, including Alibaba, Tencent and TikTok-owner Bytedance.

The directives came in the same week that the U.S. increased its pushback against some of the same Chinese firms, pointing to security concerns, and a Canadian researcher found the app for athletes at Beijing’s Winter Olympics to be full of security flaws.

Nine different departments, including China’s National Development and Reform Commission (NDRC), the State Administration for Market Regulation and the Cyberspace Administration of China, issued joint statements about how to regulate and tame development of what it labels “the online platform sector.”

Prominent among the new policy directives is the strict regulation of the tech companies’ activities and investments in the finance sector.

“Platform operators must not use data, technology, market, or capital advantages to restrict the independent operation of other platforms and applications,” said one of the opinions in the NDRC document.

That appears to be most problematic for Alibaba and Tencent, which have both hatched vast online transfer, deposit-taking and insurance services. These divisions have helped transform e-commerce in the country and enabled other online services, such as music, video subscription. But after the government stepped in to cancel the IPO of Alibaba’s Ant Group in November 2020, the firms stand accused of overreach.

The government has responded not only by putting Alibaba and Tencent in their place. The central bank, the Bank of China has launched its own electronic currency, known as the ‘Digital Yuan’ and was one of the nine bodies party to Wednesday’s directives.

Other entertainment companies are also affected by the crackdown on what Beijing has called “irrational expansion of capital.” Bytedance, calculated to be the world’s largest unlisted startup company thanks to its control of TikTok and its Chinese equivalent Douyin, is reported to have dissolved its strategic investment division and redeployed staff. Bytedance had previously harbored hopes of moving into e-commerce with Douyin.

The CAC on Wednesday denied that it had issued a document setting out a requirement for the platform companies to seek permission before making new investments or fund-raising. That may mean that the guidelines are not finalized. But there is no doubt that Chinese regulators have already put great pressure on platform companies’ mergers and acquisitions activity over the past 18 months.

In addition to the Ant Group shock, regulators last year halted the Tencent-backed merger of two live-streaming firms DouYu and Huya. Entertainment firms including China Literature were fined for not correctly informing the SAMR of past deals.

In recent weeks, divestments have been the order of the day – though it is unclear at what level of government these were ordered.

While rumors have circulated for more than a year suggesting that Alibaba may be made to break up its large media empire, there was little evidence of that until last month. Then it made a loss-making disposal of a minority stake in state-owned streaming platform Mango TV that it had bought less than a year earlier.

In late December, Tencent said that it will slash its stake in U.S.-listed e-commerce firm JD.com from 17% to 2.3%. The $16 billion of shares are to be distributed to Tencent shareholders with no benefit to Tencent.

Earlier this month, Tencent announced that it will cut its stake in SEA, a Southeast Asian gaming and e-commerce firm, from 21.3% to 18.7% and raise $3 billion doing so. Spokesmen have been at pains to explain that this is simply a case of trimming a large investment and profit taking. But the finance industry is hearing rumors that Tencent’s stakes in Meituan (shopping and commerce), Pinduodo (shopping) and Kuaishou (short video) may also possibly be sold in 2022.

In the past 18 months, Chinese regulators have made it increasingly clear that the platform companies are no longer welcome in industries such as consumer finance and education. Some commentators suggest that Beijing wants them to be stripped down to become neutral business facilitators. But if that is an overstatement, regulators see much house-cleaning in the companies’ core areas as still to be done.

That ranges from greater efforts to prevent games addiction in children – regulators have frozen new games approvals since August last year – to curbing aggressive cross-selling within the entertainment-lifestyle-commercial ecosystems that the platforms had built, and controlling celebrities deemed to be poor role models. They are also being told to do much more on data security.

In November, China introduced what may be the most far-reaching data privacy law in the world, the Personal Information Protection Law. That followed on from the September 2021 Data Security Law and the June 2017 Cybersecurity Law. The PIPL especially puts new burdens on companies – LinkedIn and Yahoo found them too onerous and opted to quit China instead – while simultaneously giving the Chinese government access to any and all data in the country, according to lawyers.

The U.S. too is worried by Chinese firms’ data activities. On Wednesday it emerged that the Biden administration is reviewing Alibaba’s cloud computing business. The business is small compared with that of the U.S. market leaders, but American regulators want to understand more of how the company stores U.S. clients’ data, personal information and intellectual property, and whether the Chinese government could gain access to it.

The same day Politico reported that Tencent and TikTok have been added to the list of companies in the U.S.’s pending anti-trust bill.

A day earlier, Canadian human rights-focused cybersecurity and censorship research group Citizen Lab said that the My2022 app which is compulsory for all athletes at the upcoming Beijing Winter Olympics contains multiple security flaws. These leave transfers of personal data open to attackers, surveillance and spying.