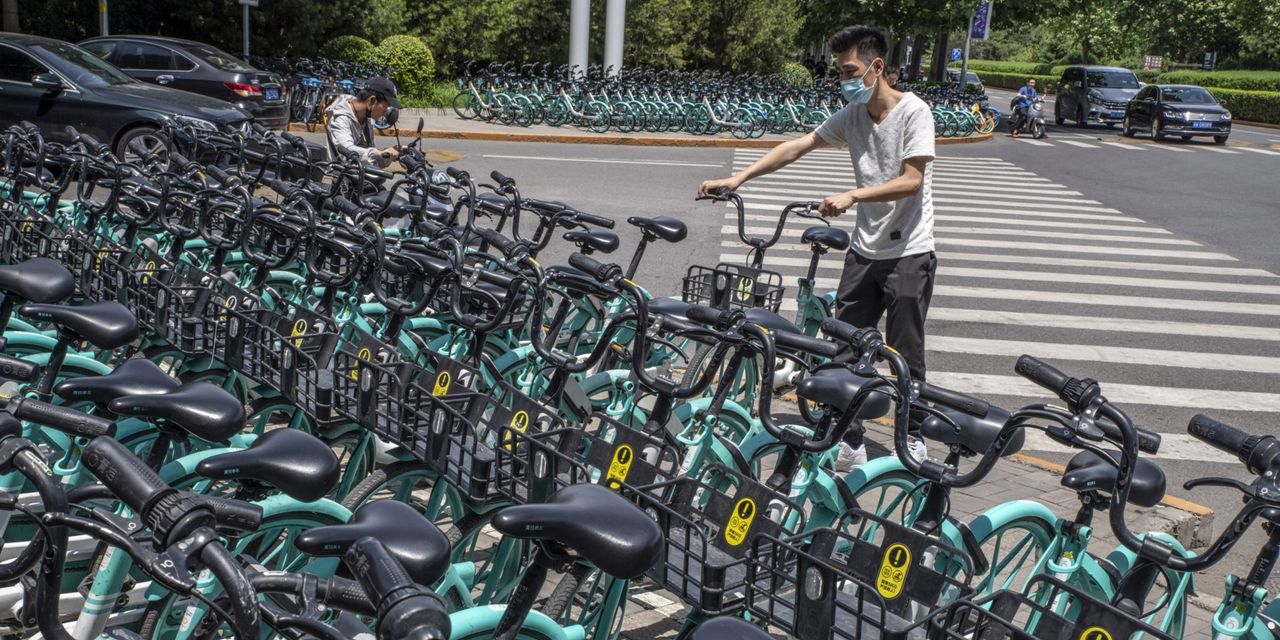 Text size Bicycles operated by Didi’s bike-sharing unit Qingju, in Beijing on June 11. Gilles Sabrie/Bloomberg Jumping ahead of what will be one of the year’s largest initial public offerings, Atlantic Equities analyst Xiao Ai launched coverage of the China-based ride-sharing service Didi Global with an Overweight rating and a target of $25 for the


Jumping ahead of what will be one of the year’s largest initial public offerings, Atlantic Equities analyst Xiao Ai launched coverage of the China-based ride-sharing service Didi Global with an Overweight rating and a target of $25 for the stock price.

(ticker: UBER) would be worth about $73 billion on a fully diluted basis.

In a research note, Xiao said Didi has a secure position, dominating the Chinese ride-sharing market, with a share of more than 80%, multiple years of growth, and “best-in-class margins.” The continuing recovery from the Covid-19 pandemic should benefit the company in the near term, she said.

Xiao sees Chinese spending on mobility growing 19% a year on a compounded basis through 2024, to reach close to $90 billion. She predicted gross transaction value for Didi will increase 39% this year, and 20% on average through 2024.

“Underpinned by the ongoing expansion of the Chinese urban population and disposable incomes, we see attractive growth potential as Chinese ride hailing is only as penetrated as in the U.S., despite being a structurally more attractive market due to the greater population density and less prevalent car ownership,” she wrote.

Xiao said that while the company has robust profits in its core mobility business, it has generated losses due to investments in international markets, shared bikes, intracity freight and group buying. She sees a path to long-term profitability in international markets—Didi has operations in Brazil, Mexico, Australia and Japan among other places—and noted that the company has raised capital for the buying service, reducing its stake to 33%.

She thinks Didi could produce operating profits in 2022, and possibly as soon as the current quarter. Didi shares are expected to start trading on Wednesday on the NYSE under the symbol DIDI.

—Luisa Beltran contributed to this article.