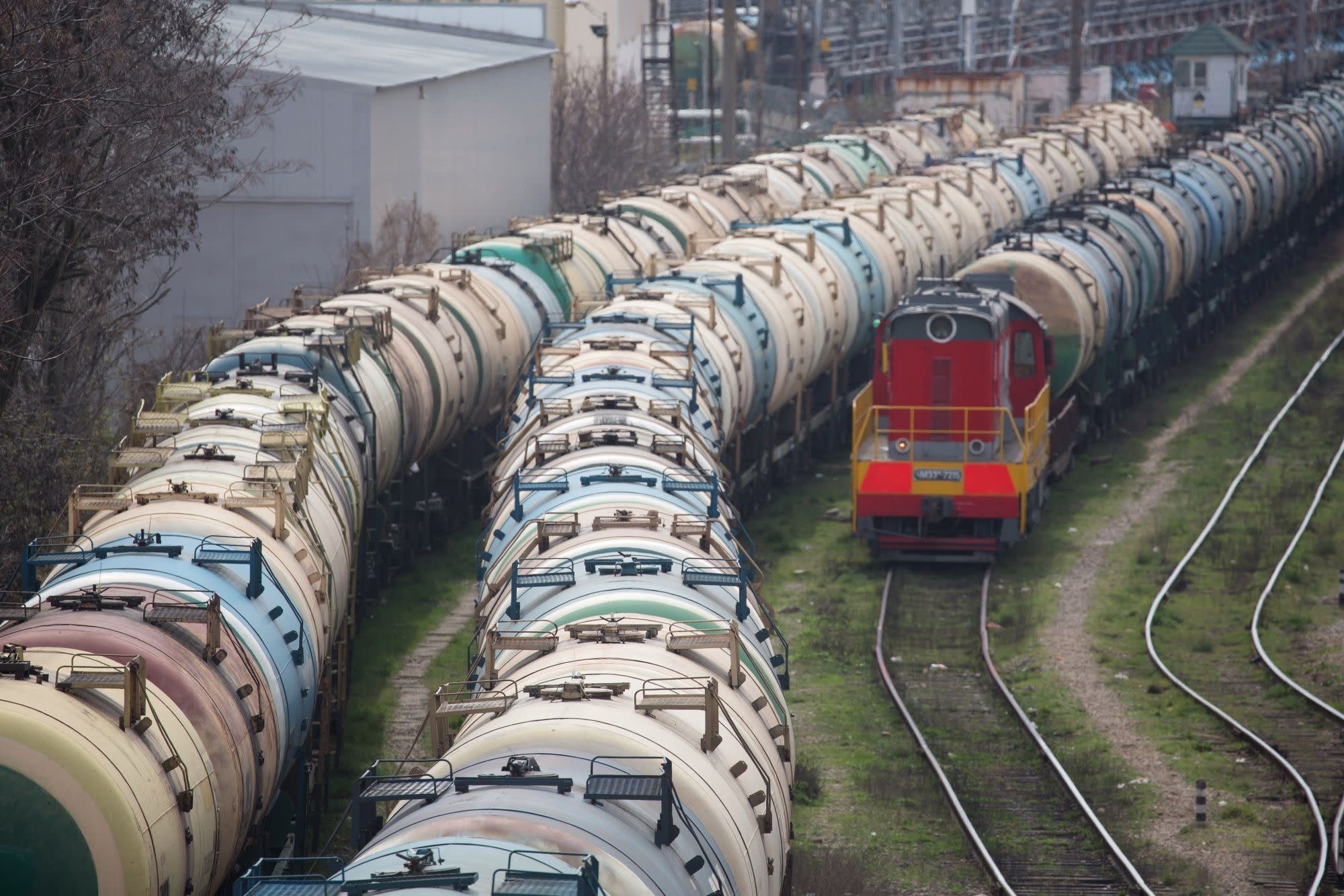 (Bloomberg) — Brent oil dropped below $76 a barrel ahead of another round of critical OPEC+ discussions to break a stalemate over raising production, with tension rising over the weekend between two long-time allies. Futures in London slid 0.6% after rising 3.6% last week. Talks are set to resume later Monday after ending Friday without


(Bloomberg) — Brent oil dropped below $76 a barrel ahead of another round of critical OPEC+ discussions to break a stalemate over raising production, with tension rising over the weekend between two long-time allies.

Futures in London slid 0.6% after rising 3.6% last week. Talks are set to resume later Monday after ending Friday without an agreement to boost output due to demands from the United Arab Emirates for better terms for itself. The impasse has led to a rare diplomatic spat between Saudi Arabia and the UAE and leaves the market guessing how much oil it will get next month.

“It’s the whole group versus one country, which is sad to me but this is the reality,” Saudi Energy Minister Prince Abdulaziz bin Salman said in an interview with Bloomberg Television on Sunday night.

Most OPEC+ members backed a proposal to increase output by 400,000 barrels a day each month from August, and push back the expiry of the broader supply deal into late 2022. The UAE, however, is seeking to change the baseline that’s used to calculate its quota, a move that could allow it to boost daily production an extra 700,000 barrels. It’s also refusing to back an extension of the pact.

“The market is understandably nervous as unity among OPEC appears to be weakening,” said Daniel Hynes, a senior commodities strategist at Australia and New Zealand Banking Group Ltd. in Sydney. “The market is tight. Even with a small increase from OPEC+, we see inventories continuing to draw-down in the second half of the year.”

Brent crude jumped more than 8% last month, capping a powerful first-half rally, aided by a steady demand recovery in key economies including the U.S., Europe and China. That advance was also underpinned by OPEC+ keeping a tight rein over supplies. Elevated energy prices are stoking concern about inflation, and the White House is already voicing concern about rising gasoline prices.

With global daily oil demand set to increase by 3 million barrels from the May-June period to December, and little supply growth elsewhere, the proposed increase from OPEC+ will likely keep the market in deficit, according to a note from Morgan Stanley. That will support Brent prices within the bank’s forecast range of $75 to $80 a barrel in the second half of this year.

The spat between Saudi Arabia and the UAE broke into public view on Sunday with both countries airing their differences on television. A failure by OPEC+ to agree to raise production may further squeeze the market, while a breakdown in their unity could result in a free-for-all that crashes prices — just as it did during a price war between the allies last year.

With the UAE refusing to give any ground, the prospect of a no-deal outcome as well as an exit from OPEC “has risen materially even if it has not yet fully entered into firm base-case territory,” according to RBC Capital Markets. The prospect of $100-a-barrel oil is so politically unpalatable that U.S. officials may appeal to prevent a virtual fireworks display on Monday, the bank said.