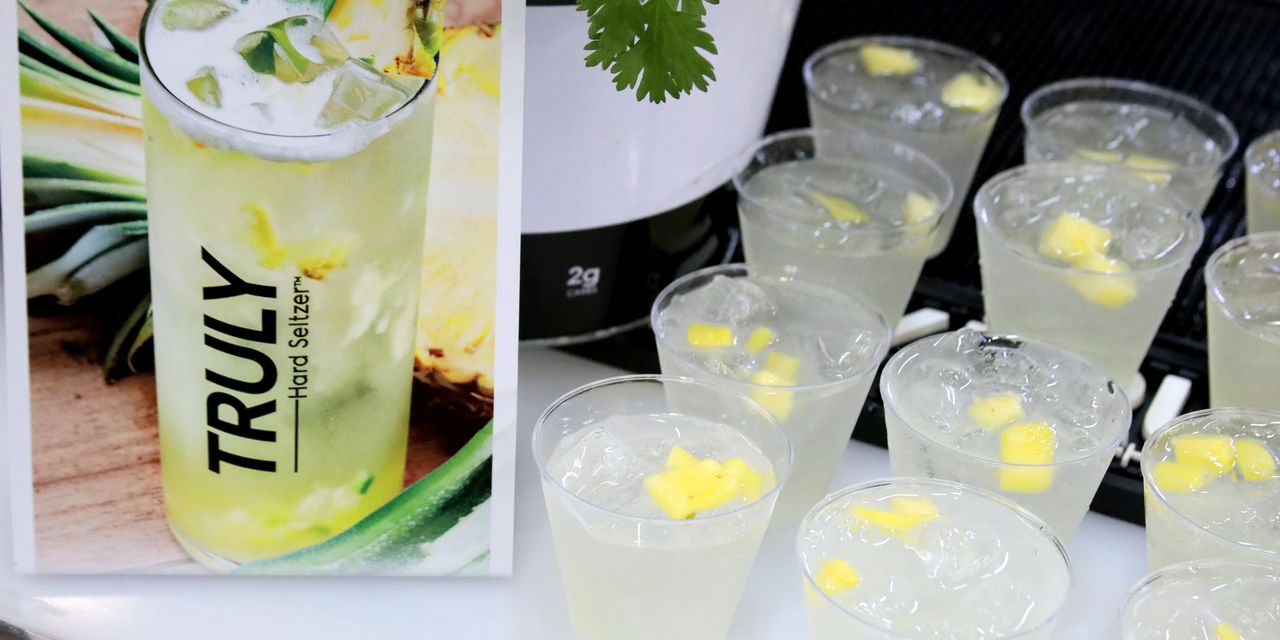 Shares of Boston Beer Co. Inc. suffered a record plunge to a one-year low Friday, as an avalanche of analysts slashed their price targets following the alcoholic beverages company’s biggest earnings miss in years. The stock SAM, -26.02% dropped $246.54, or 26.0%, to close Friday at $701.00, the lowest close since July 23, 2020. Both

“
“[T]o be totally honest, we were surprised at the sharpness and the suddenness of the change in trajectory.”
”

The reported earnings per share of $4.75 was 28% below the FactSet EPS consensus of $6.60, amid surprising weakness in hard seltzer sales. That was the biggest miss since the company reported EPS that was 30% below expectations in the second quarter of 2018.

No less than 11 of the 17 analysts surveyed by FactSet who cover Boston Beer lowered their price targets following second-quarter results. That dropped the average target by 25%, to $1,014.80 from $1,359.47 at the end of June. Only one analyst has the equivalent of a sell rating on the stock, while the others are split evenly between bullish and neutral ratings.

Chairman and Founder James Koch said on the post-earnings conference call with analysts that Truly seltzer sales were at a “really choppy” point, as the company was lapping “crazy times” last year when the COVID-19 pandemic led to pantry loading.

“[T]o be totally honest, we were surprised at the sharpness and the suddenness of the change in trajectory,” Koch said, according to a FactSet transcript.

He said that while the launch of Truly Punch was “quite successful,” it failed to add as much to volume figures than anticipated, and actually “cannibalized” other packages a little more than thought.

“So, it’s a really, really murky crystal ball,” Koch said. “It’s more like looking into a bowling ball. You can’t see much.”

Kudos to analyst Bill Kirk at MKM Partners, who had cut his stock fair value estimate by 19% to $974 a day before the company reported earnings, as he warned that slowing seltzer sales could lead to a revenue miss.

On Friday, he cut his price target by another 17.5% to $804, while reiterating the neutral target he’s had on the stock since April 2020, citing concerns the “pervasiveness of category pressures” and given the company’s historical performance as innovation cycles faded.

“Backside of innovation curve is long, painful and dead money,” Kirk wrote in a note to clients.

Jefferies analyst Kevin Grundy, the lone analyst who is bearish on Boston Beer’s stock, cut his price target to a Street-low $685 from $760, while reiterating the underperform rating he’s had since September 2019.

“Despite the recent pullback in the stock, we see a negative risk-reward as key growth engine slows sharply/competition ramps with visibility clearly constrained, Street [estimates] still too high, and ~40x [price-to-earnings ratio] at risk of further de-rating as expectations further reset,” Grundy wrote.

UBS’s Sean King knocked his stock price target down 27% to $1,080, but that target was still 54% above current prices. He reiterated the buy rating he’s had on the stock since December 2019, saying despite the “sobering results,” the hard seltzer party wasn’t over.

“The hard seltzer category may grow less than previous expectations but we remain convinced that it will be the highest growth category in beverages for the next 3-5 years, and Truly will continue to gain share in both on- and off-premise,” King wrote. “We believe the shake out of less successful brands will continue.”