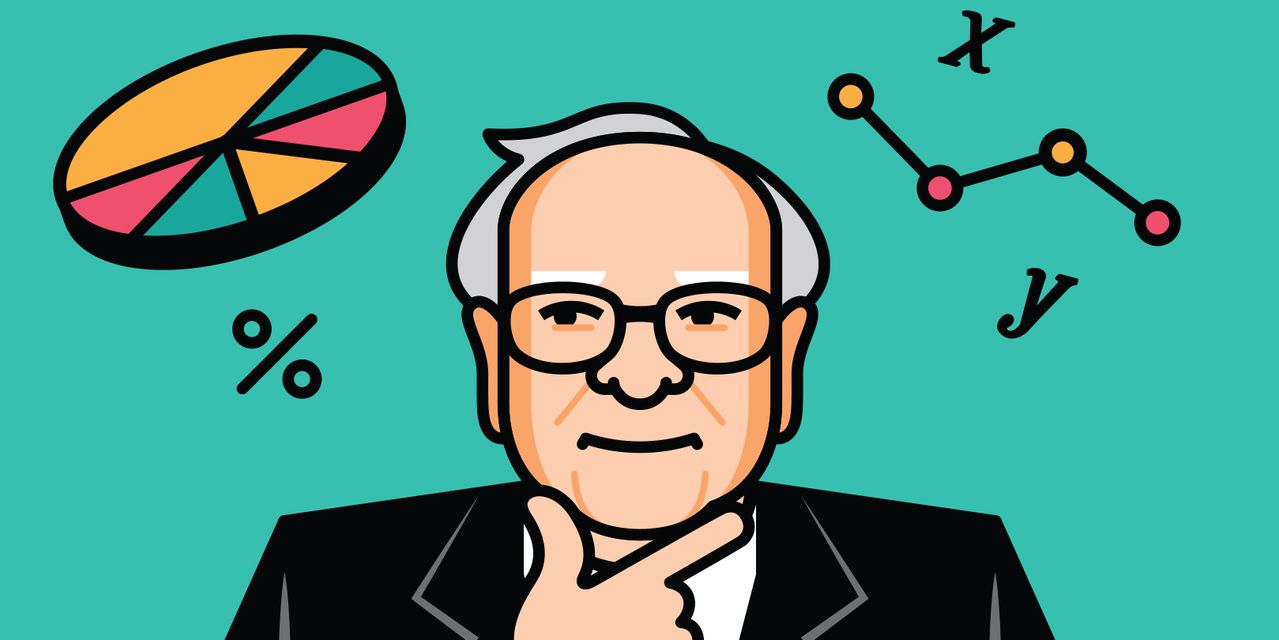 Illustration by Elias Stein Text size If you’ve been waiting for Berkshire Hathaway to spend a decent chunk of its $144 billion in cash and equivalents on an acquisition, you’ll have to wait a little longer—maybe a lot longer. Not only did Berkshire fail to make a significant purchase in the second quarter, but CEO


If you’ve been waiting for

to spend a decent chunk of its $144 billion in cash and equivalents on an acquisition, you’ll have to wait a little longer—maybe a lot longer. Not only did Berkshire fail to make a significant purchase in the second quarter, but CEO Warren Buffett and his investment lieutenants, Todd Combs and Ted Weschler, were net sellers of about $1 billion of stocks in the period, according to the company’s latest 10-Q filing.

—all acquired in 2020. The company also sold seven million

shares in the quarter, cutting its holding to 60 million shares, now worth $3.2 billion. Berkshire trimmed its

position slightly, and added to its stake in grocer

There were no changes in its two largest holdings. The company’s

stake held steady at 887 million shares, now worth $134 billion, and

As for its own shares, Berkshire was a buyer, scooping up about $6 billion of stock in each of the past two quarters, or about 1% of the shares outstanding in each period.

And it wasn’t the only buyer; both share classes are up about 25% this year, ahead of the

index’s total return of about 20%.

Stock indexes finished the week in the red, with the bulk of the week’s selling coming on Tuesday and Wednesday. The S&P 500,

each sank close to 2% over those days. Minutes from the Federal Reserve’s monetary policy committee’s latest meeting, released on Wednesday, showed an active debate among officials about when to begin withdrawing the emergency stimulus in place since March 2020. The Fed could begin reducing its U.S. Treasury and mortgage-backed securities purchases—currently running at a combined $120 billion a month—this fall. The Dow finished the week down 1.1%, at 35,120.08; the S&P lost 0.6%, to 4441.67; and the Nasdaq Composite fell 0.7%, to 14,714.66.

Shop Till They Drop

Retailers reported their results for the May-to-July period, their second quarter. The overall picture is of consumers armed with pandemic savings and federal stimulus cash—and eager to spend it.

and more topped Wall Street’s forecasts for sales and profits in the quarter. (See “Shoppers Are Crowding Malls and Bricks-and-Mortar Stores Again.”)

came under pressure after reports in the online publication Motherboard that customer data claiming to be from the wireless network operator’s servers was for sale online. T-Mobile later confirmed that there had been unauthorized access to some of the company’s data, including records for roughly 54 million people.

announced a surprise CEO transition. Its current chief executive, Alex Gorsky, will hand the reins to Joaquin Duato in January after nine years in charge and three decades at the company, which has a market value of nearly $500 billion. Duato, 59, is currently the vice chairman of J&J’s executive committee. Gorsky, 61, will assume the post of executive chairman, a newly created role, next year.

agreed to pay $1.6 billion in cash for the 80% of MTD Holdings that it doesn’t already own. MTD makes lawn mowers and other outdoor power tools under the Cub Cadet and Troy-Bilt brands…

will merge its oil-and-gas unit with

in an all-stock deal, with its shareholders owning 48%. The miner will also shift its primary stock market listing from London to Sydney.