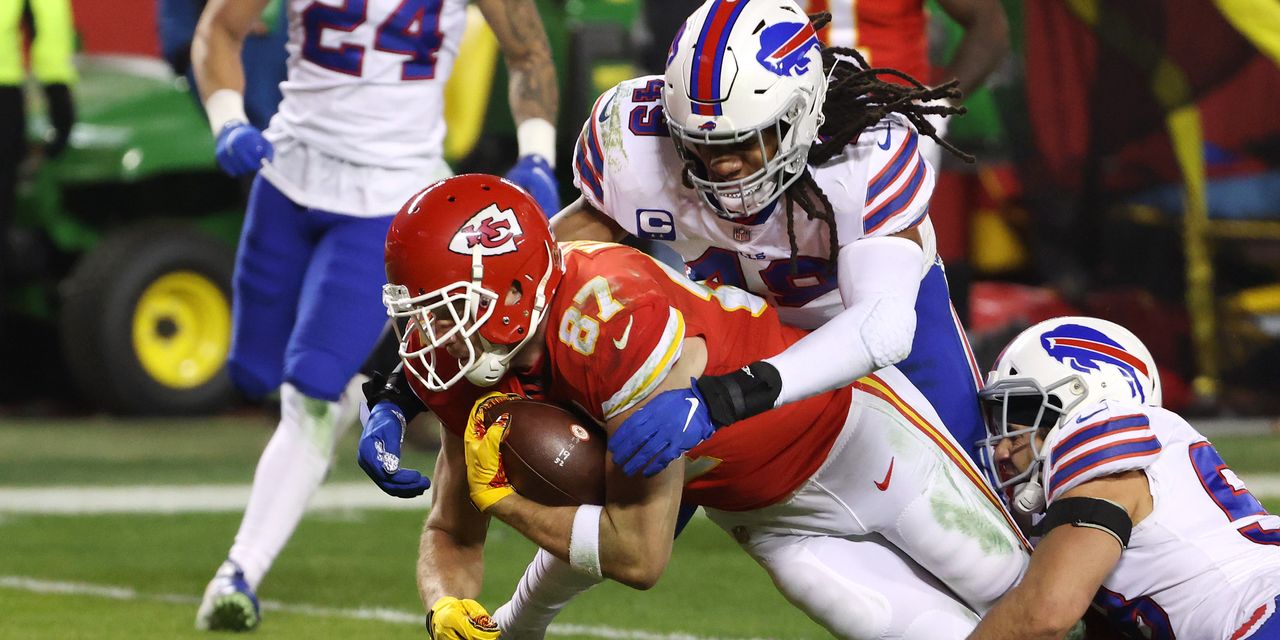 
Nearly 20 states have legalized online sports betting, with more to come. Buses are plastered with ads for the sportsbook operators FanDuel and

Investors have valued DraftKings (ticker: DKNG) at $30 billion, or 30 times its revenue, in recent months.

No wonder other sports-betting businesses aim to go public. Since

(GENI) merged with a SPAC and listed on the NYSE in April, its stock has shot as high as $25—valuing it at $5.4 billion, 20 times this year’s expected revenue—before recently settling back to $19, as some investors reconsider its high-risk, high-reward strategy.

Genius gathers the game data required by bookmakers—not just final scores, but live tallies of first downs made, free throws sunk, serves broken, and cricket wickets fallen. Fast, accurate reports on in-play developments are as important to the sportsbook industry as exchange-data feeds are to Wall Street’s traders, because nearly 70% of betting revenue these days comes from in-play wagers, sometimes known as “proposition bets” or “microbets.” Will a player hit a home run in his next at-bat? You can bet on it.

Two companies dominate the business: London-based Genius, and its much-larger rival Sportradar, a privately held Swiss operation reportedly prepping its own IPO registration. The two compete fiercely. To prevail over Sportrader—and justify the hopes of its stock market fans—Genius is betting on cutting deals with sports leagues to become their exclusive official data provider. That strategy’s success or failure is likely to seal the fate of its shares, and any shares that Sportradar lists.

Historically, in-play stats were tallied by data scouts sitting in the stands with wireless phones, or were extracted from TV feeds—with no official sanction from a league. “Frankly, we never believed that was a sustainable business model,” Genius CEO Mark Locke tells Barron’s. “So, we started building a portfolio of official rights.”

So far, Genius is unprofitable. On $150 million in 2020 revenue, it had a $21 million operating loss. Ignoring noncash charges, its adjusted earnings before interest, taxes, depreciation, and amortization were $17.5 million.

Just before it came public, Genius pressed its bet on official data, with a six-year deal to be the exclusive gambling data partner of the National Football League. Analysts and industry sources say Genius agreed to pay the NFL a steep $120 million a year—half in cash, half in stock warrants—for the right to gather the stats it sells to bookies. That looks like a heavy load, given consensus forecasts for Genius to have $250 million in revenue this year, and $330 million next year.

CFO Nick Taylor says Genius and the NFL agreed not to disclose details, but notes that Genius has said it expects its NFL arrangement to break even this year, on a cash basis, and be cash-accretive thereafter.

Genius hopes that bookmakers will pay it a higher “take-rate”—slice of its customers’ gross gaming revenue—than today’s 2.7% for its official NFL information, plus additional fees for such services as digital advertising. “Our business is all about leverage,” says Genius CEO Locke.

The company’s plan could get a cold reception, says a veteran of large sportsbook operations. “There’s going to be a breaking point where the sportsbook operators cannot afford to pay the cost of rights, and the NFL is the test case,” he says.

In response to such concerns, Genius CEO Locke says: “There is a narrative out there that you don’t need to partner with the sport. That’s nonsense. We are on the right side of history.”

Receive Barron’s new features and product highlights. You can unsubscribe at any time.

In 2019, Genius became the official distributor of betting information for English and Scottish soccer—including the English Premier League, the most valuable betting property on the planet. Genius tried to demand a greater take rate than the 1.5% to 2% historical norm. That demand was for well above 10%, says the sportsbook veteran. Genius settled instead for a fixed fee that was closer to its historical take rate, says the bookmaker. Genius CFO Taylor says his company was content with a fixed fee while it was privately-owned.

Needham analyst Bernie Mcternan has a Buy rating and $28 target on Genius stock, arguing that the data provider can boost its take rate to 4% of the sportsbook industry’s rising revenue. A 5% rate and faster industry growth could send the stock to $70, he predicts, while failing to get more than the current 2.7% would sink it to $7.

What seems certain is that the sports-data game will only get more intense. Last year, Genius and English soccer officials began ejecting Sportradar data scouts from Premier League matches. The companies are litigating in the U.K., with Genius accusing Sportradar’s data collectors of trespassing, and Sportradar accusing Genius of antitrust violations. Each denies the other’s allegations.