6 Funds to Play the Infrastructure Boom 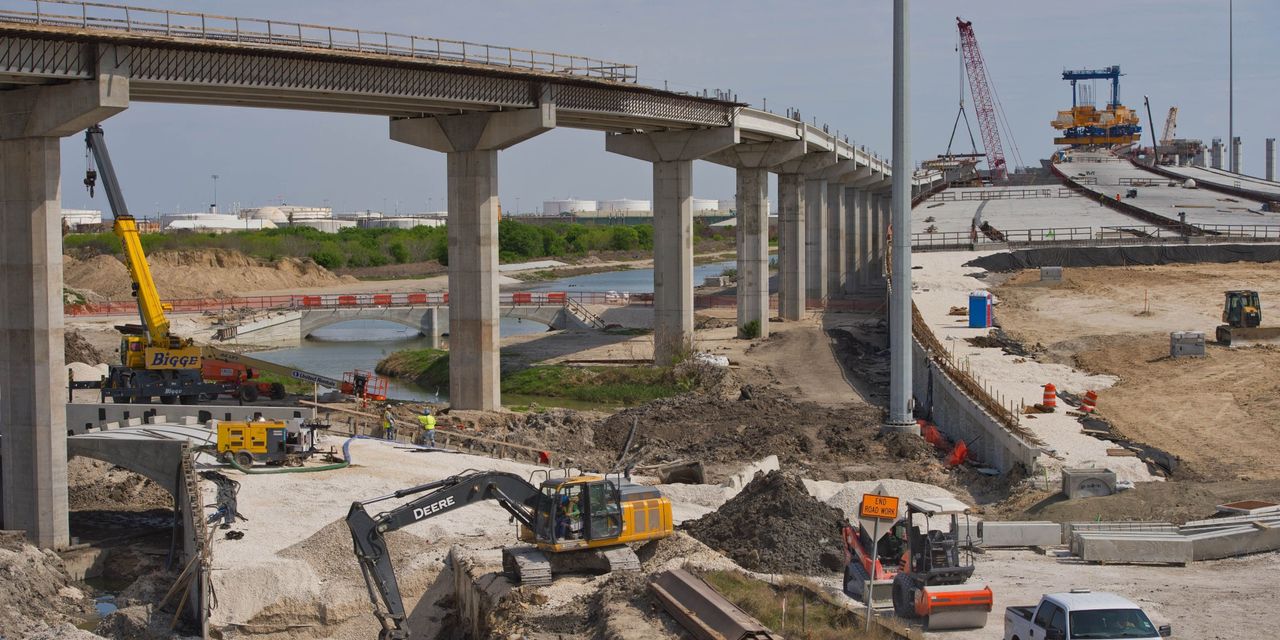 There are a dozen exchange-traded funds that focus on infrastructure stocks, and they take very different approaches. Eddie Seal/Bloomberg Text size Infrastructure-related stocks have been rising for months in anticipation of the bipartisan Infrastructure Investment and Jobs Act: The $1.2 trillion bill will be the largest federal investment in the public system in more than


Infrastructure-related stocks have been rising for months in anticipation of the bipartisan Infrastructure Investment and Jobs Act: The $1.2 trillion bill will be the largest federal investment in the public system in more than a decade, funding a wide range of areas including transportation, renewable energy, clean water, smart-grid electrical networks, and broadband internet. But the stocks that have sizzled are mostly companies that will see an immediate impact from infrastructure spending: Investors are missing the steak.

Infrastructure stocks have pulled back a bit since the bill passed the Senate on Aug. 10, and this provides a little extra incentive for investors: These stocks have room to run as these programs materialize and projects are put into place over the next few years.

There are a dozen exchange-traded funds that focus on infrastructure stocks, and they take very different approaches. That can lead to strikingly different portfolios in terms of what they own, their average valuation, and which are best right now.

ETF (ticker: PAVE), for example, has more than 70% in industrial stocks, such as machinery and construction firms, and 21% in materials outfits such as steel and concrete producers. The $682 million

ETF (IFRA), meanwhile, has about half in those kinds of cyclical companies, and nearly 43% in utility companies like electric, gas, and water suppliers. The two funds, despite their similar names, have just 24% of their portfolios in common.

Global X analyst Andrew Little says the firm’s infrastructure ETF doesn’t include utility firms because they are typically the spender of federal funding, whereas industrial and materials companies actually receive the money and provide inputs to maintain or rebuild the operations. These companies have jumped in the past year—such as steel producer

(DE), up 95%—but could continue their trajectory as economic activity picks up.

In contrast, the iShares ETF aims to capture the entire value chain of infrastructure development, including owners of the physical assets. These companies, such as

(MSEX), which owns water facilities, and

(NRG), which owns nuclear-power plants, have seen gains this year, but not as much as cyclicals like industrials and materials, which make up about half the fund. The cyclical half trades at 44 times earnings—about 30% higher than their three-year average; the asset owners are priced at just 24 times, slightly below the historical level. Year to date, the Global X ETF has gained 27%, while the iShares ETF is up 21%.

“The market may not be pricing in the big benefits of the infrastructure spending on asset owners yet,” says Jeff Spiegel, head of iShares’ megatrend, sector, and international ETFs. Still, he says that the huge federal investment will eventually help these firms reduce expenses, adopt new technologies, and expand through acquisitions. That might be where the next leg of infrastructure-triggered growth comes from, he says.

There is another key difference: The Global X ETF is weighted by its holdings’ market value; the iShares ETF is equal-weighted. That means the former tends to ride the momentum of larger stocks that have performed well, while the latter tilts toward smaller names and scales back from winners every quarter. The average market cap of the two funds’ holdings are $16 billion and $6 billion, respectively.

(TOLZ) is even more defensive: It invests only in companies that own and operate infrastructure—utilities and natural-gas pipeline operators, including

(TRP), as well as real estate owners of cell towers, such as

The ProShares ETF, which has very little overlap with the infrastructure ETFs from Global X and iShares, has returned 16% so far this year. “These names don’t get quite the kick the cyclicals do, but in the long term, they get to add capacity and continue to make money with that added capacity,” says Scott Helfstein, ProShares’ executive director of thematic investing.

Businesses offering technology and innovative solutions for a cleaner, smarter, and better-connected infrastructure network can also benefit from the federal government’s ambitious plans. These companies are owned by some thematic ETFs— such as the

(PHO). These ETFs are usually globally focused and often trade at more expensive valuations than broad U.S. infrastructure ETFs. They might not see an immediate revenue boost from initial spending, but infrastructure is all about planning for the longer term.