15 Chip Stocks That Are Cheap After the Recent Tech Pullback 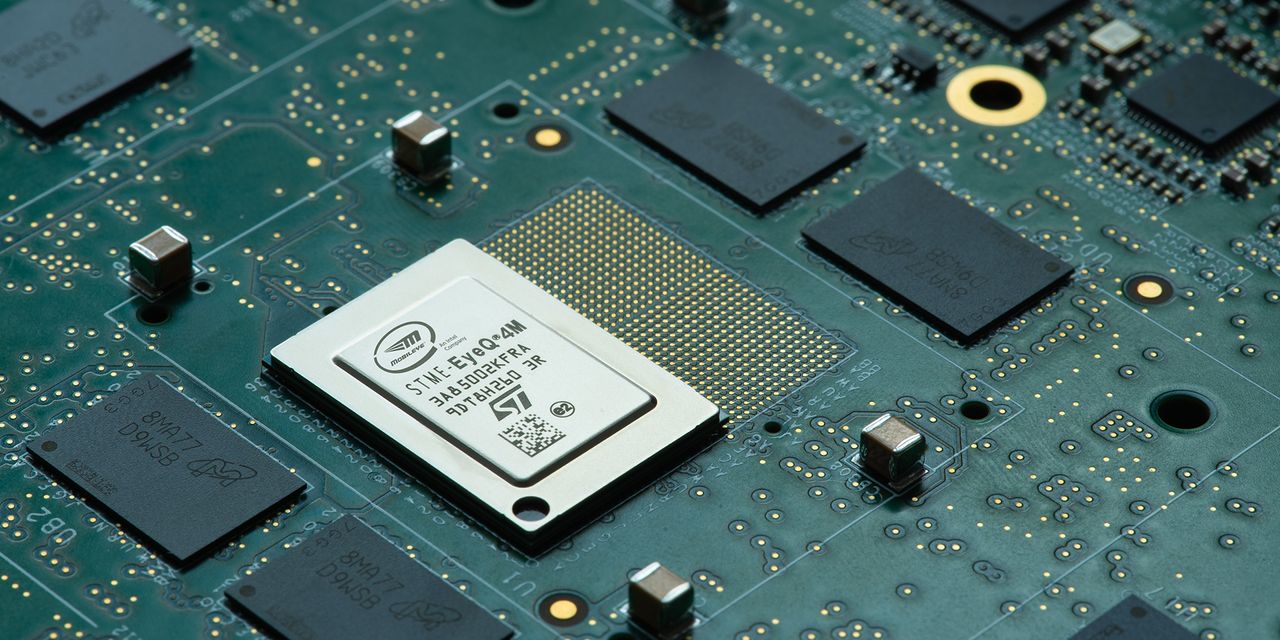 Text size Intel stock is relatively cheaply valued despite the chip shortage. Mobileye/Intel Corporation Chip stocks have pulled back despite the seemingly upbeat news that Taiwan Semiconductor Manufacturing, the biggest player in the industry, expects the global semiconductor shortage will last into 2022. Investors appear skittish even though there remain too many buyers and not


Chip stocks have pulled back despite the seemingly upbeat news that

the biggest player in the industry, expects the global semiconductor shortage will last into 2022. Investors appear skittish even though there remain too many buyers and not enough chips.

Taiwan Semi (ticker: TSM) shares have dropped roughly 7% from Wednesday , as the chip-stock barometer, the PHLX Semiconductor index, or Sox, slumped 4.3%. Yet in the past year, chip stocks have performed remarkably well, as the Sox has grown 52%, vastly more than the

index’s gain of 34%. Some chip stocks such

(ASML), are richly valued, touching record highs. Both Nvida and ASML trade at 45 times the per-share earnings expected for 2022, more than double the average for companies in the Sox.

But not all chip companies are so highly valued. A Barron’s screen identified the least expensive 15 stocks in the chip index in terms of their prices relative to forecast 2022 earnings. As always with stock screens, the list offers a good place to start research, and isn’t a recommendation to buy or sell a particular name or basket of stocks.

Topping the list of the cheapest semiconductor stocks is

(MU). Once run by the eccentric Steve

ton, the Boise, Idaho, company is in the memory business, and one of the few U.S. companies that still makes the chips it designs. Last year, Barron’s recommended the stock, describing it as a cheap play on electric vehicles and 5G, among other things. At the time, shares traded at 10 times earnings, above where the stock sits now. Earnings are expected to grow 76% in 2022, and investors currently value shares at 17 times earnings, or seven times forward earnings.

Another of Barron’s picks from last year,

(INTC), is the second-cheapest in the screen, trading at nearly 13 times forward earnings. There have been major changes at the big company, including a new chief executive in Pat Gelsinger and a different strategy regarding manufacturing. Last week, reports said Intel had bid $30 billion to acquire the contract chip maker GlobalFoundries.

Several suppliers to Apple (AAPL) made the list too.

(AVGO), a producer of chips and Infrastructure software, took fourth place among the cheapest companies in the screen, clocking in at a value of just over 16 times forward earnings. Reports last week said Broadcom might offer $20 billion to buy the enterprise software maker SAS Institute—though SAS management put the kibosh on the deal a day later. Other Apple suppliers on the list include

Two more of Barron’s picks made the list too, this time from last month:

(LRCX) arrived in the No. 11 and 12 spots, respectively. Both make equipment needed to produce chips, positioning them to profit from the tens of billions in capital spending announced by the likes of Intel, Taiwan Semi, and others.

(NXPI). Chips for vehicles are in short supply, and likely will be well into next year, according to auto industry commentary. Analysts expect NXP’s earnings to grow a healthy 21% next year. Also representing the auto sector are

(MCHP) in seventh position, and On Semiconductor (ON) in the eighth spot, among others in the screen.